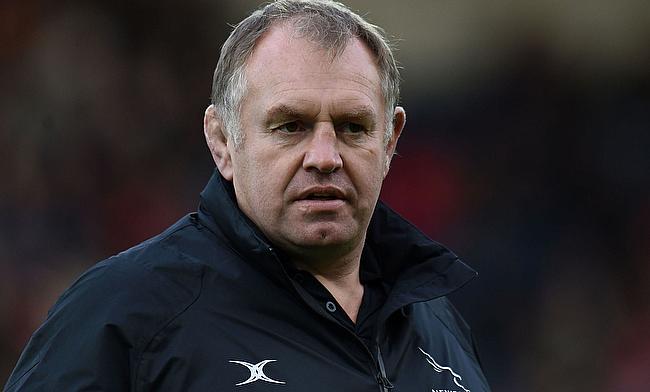 Newcastle Falcons have confirmed that loosehead prop Trevor Davison has signed a three-year contract extension with the Gallagher Premiership club.

Davison has been with the Falcons since his professional rugby debut in 2017 and has gone on to play 71 games for the club including 32 Premiership games. He has also featured for the club 17 times this season.

The 28-year-old was called up to England's training squad by head coach Eddie Jones for the upcoming summer Test series.

“The Falcons are my local club, we’ve got a great set of lads and I just enjoy being part of it," he told the club's official website.

“Hopefully we can keep on progressing as a team into the longer-term future.

“Newcastle are the only professional club I’ve been at, and I like doing it that way rather than moving around all the time.

"I don’t want to be one of those types of people, and with being from the city I’m obviously proud to be involved with the Falcons.”

Newcastle Falcons director of rugby Dean Richards lavished praise on Davison and is delighted that he has committed his future to the club for the next three seasons.

“Trev has a great story, and hopefully it’s a real inspiration for people in knowing that they haven’t necessarily missed the boat with regards to professional rugby,” said Richards.

“He was playing second and third team rugby at Blaydon during his 20s, but through sheer hard work and having the right guidance he has earned his place as a regular Premiership starter.

“He offers so much to us, not just in the set-piece but through his work-rate around the field, and the fact that he is a local lad is a real bonus.”