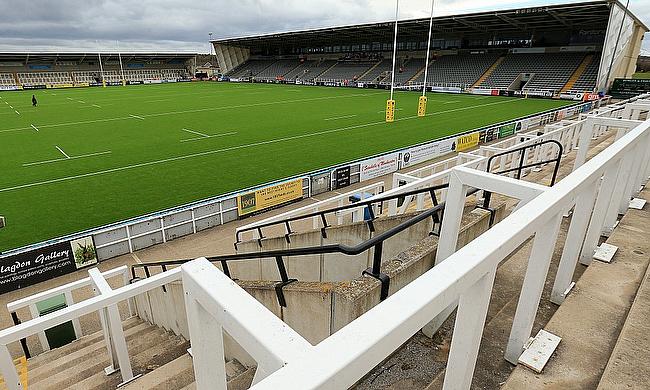 Newcastle Falcons have secured the signing of former Ireland Under 20 international Matthew Dalton ahead of the 2021/22 season.

Having started playing for Malone RFC early in his career, the 22-year-old made his professional rugby debut with Ulster in 2017 before switching to Major League Rugby side Utah Warriors in 2021.

Dalton also featured for Ireland Under 20 side during the U20 Six Nations and Junior World Championship in 2018 and now will link up with the Newcastle squad during their pre-season preparations after signing a two-year deal.

Standing at 6 foot 6 and weighing 115kg, the ex-Ireland U20s international is already on Tyneside, aiming to hit the ground running for pre-season https://t.co/DeRlRr6zXa pic.twitter.com/meIwJa695C

“I like to bring some speed to the game with the way that I play,” he told the club's official website.

“Looking at the pitch here and the way the Falcons go about their game, I think that could be a good fit.

“Coming into a Premiership team from the Pro 14 – there are definitely a lot of differences, but also a few similarities. Newcastle have got a very fit and dynamic pack, and with the style of rugby I play I think it will marry well.

“I’ve had a bit of time off to do some growing up and self-reflecting, and this is definitely a good move for me.

"I couldn’t be more excited for the opportunity presented to me over these next two years, and I’m just incredibly glad how it’s worked out.”

Newcastle Falcons director of rugby Dean Richards is excited about having the services of Dalton.

“Matty is a real talent who is blessed with great athleticism," he said.

“He has shown his work ethic by coming over early and laying the foundations for pre-season, and I’m excited about what he can bring to our squad during his time here with us.”