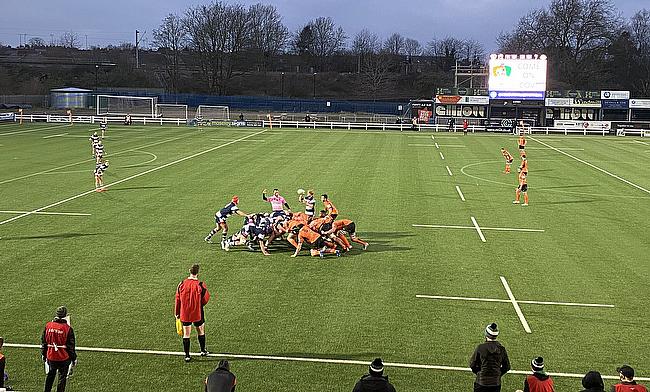 GK IPA Championship Preview: Unbeaten trio out to maintain records
David Ross Exclusive: We talked about being really thankful that we’re back playing rugby at Nottingham
Jackson Wray Exclusive: Targeting the Saracens boys was the easy thing to do
GK IPA Championship Review: Saracens hit back, Ealing irresistible and Pirates & Doncaster march on

It has certainly been a while since TRU covered a Championship game and boy, did we pick one this evening.

Ealing have maintained their perfect start to the season against Coventry in the West Midlands. As much as the Londoners may have ran away with the game, it was far from a routine victory…

From the off, the game was lively, Ealing getting off the mark in the opening minutes thanks to a Rayn Smid. The score came thanks to the work of lock forward, Bobby de Wee, the South African charging the ball down, regaining possession and after the Londoners went wide, Smid registered his score.

Craig Willis converted the try, but it was anything but plain sailing for Ealing from that point onwards. Within minutes Cov had opened their account for the evening through Rob Stevenson.

Gaining good field possession after several Ealing penalties, the men in blue and white passed wide to Stevenson who was outmanned on his approach to the try line. Acrobatically diving to score, the roar from the players was no doubt audible to those walking close to the ground.

Whilst Tony Fenner was not able to convert the try, it wouldn’t be long until he was able to get off the mark in this game. This came, once more, after a flurry of penalties that allowed Louis Brown to kick into the Ealing 22, the resulting maul taken full advantage of by former Sale and Jersey man Nic Dolly.

Being five points adrift clearly egged Ealing on, the team charging up to the end of Butts Park that borders the rail line. However, it was to no avail, the advantage actually going to Coventry after De Wee was sinbinned for upending one of his opposite numbers.

From that point onwards momentum swung either way, no scrum being called the same way twice. It made for some edge of the seat viewing as each team came so close yet so far, Ealing’s man disadvantage not haunting them one bit.

As time went on, the frustration of Ealing’s bench and coaching staff became clear to see, with Director of Rugby, Ben Ward, making the bold decision to substitute his starting props in order to start gaining the ascendency at the set-piece.

So, Kyle Whyte and Johannes Jonker left the plastic turn, received their pats on the head, and on Will Davis and Elliot Millar Mills went. The decision had its rewards soon enough, a dominant scrum invariably producing good field position, with Willis driving over to draw things level. Craig Willis could not convert and at the break it was honours even.

It became clear that Ealing must have received some talking to in the sheds at half time with their quick start to the second-half. This started with a second try for Smid, the eight man cutting against the grain to go in under the sticks and offer his fly-half a simple conversion.

Tries from Fraser Strachan and Simon Uzokwe quickly followed, the latter thanks to a powerful tap penalty. Each time the extras were added and the game rather quickly looked beyond Coventry.

This was compounded even further with a second try for Uzokwe, the former University of Sunderland man pushed over as part of a maul. It was after the benches began to empty when Coventry began to get a foothold in the game once more.

Their fresher bodies began to knock on the door of the Ealing try line, being held up on one occasion, winning penalties once more when it came to the scrum. Eventually their efforts were eventually rewarded thanks to Cameron Jordan’s hard carry over.

Fenner added the conversion, but Ealing responded quickly through Davis once more, this time replacement fly-half, Steven Shingler, kicking the extras. He added a penalty to his collection and would be using the tee once more after James Cordy Redden raced over.

Matt Challinor Exclusive: "We can be a match for anybody on our day"

GK IPA Championship Preview: Knights and Pirates do battle in Round Four

GK IPA Championship Review: Richmond and Ampthill off the mark