David Ross Exclusive: We talked about being really thankful that we’re back playing rugby at Nottingham 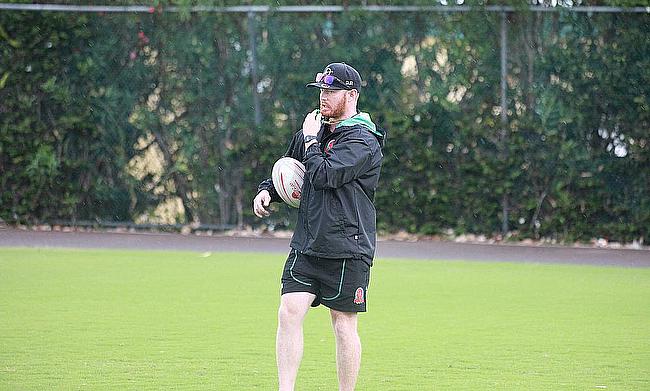 Rugby is a game full of characters, with compelling tales to tell and journeys to recount.

The Championship is no exception. It’s a league stacked with personalities who have travelled a wide variety of paths to get to where they are today.

Nottingham Assistant Coach David Ross is certainly one of those. Having spent a captivating hour in his company, it’s impossible not to be energised by his infectious love for the game and his occupation.

Doubling up as Head of Rugby at Nottingham Trent University, Ross has further extended a fascinating coaching CV that includes postings in his native Scotland and South Africa, New Zealand, and Bermuda.

Back to the present day briefly, and whilst the last year may have provided its challenges, Nottingham are finally back in business having kicked off their Championship season against Ealing.

The result may not have been the most welcome return to action, with the Trailfinders running out 52-3 victors, but just playing again provided a victory of sorts for the Midlands outfit.

Like most clubs, Nottingham has seen much change and disruption since last season was curtailed, forming part of the challenge Ross relishes tackling with great gusto.

“It was so exciting to be back after 371 days,” he told TRU. “To take on a team like Ealing first off was a pretty daunting challenge. They had seven months prep and eight games. We had a month’s prep and no games, but it gave us a benchmark to which we can move on to over the season.

“We’ve lost a huge amount of quality and experience from last year’s group, that again proves a different challenge because it was very easy to coach those guys. We would discuss and agree on a game plan and the players had a lot of input, whereas this year with less experience and quite a young demographic of lads, you’ve got to change your coaching style. It’s much more of an education piece in getting the guys up to the standard to play at this level week in week out, which is a great challenge to have.

“Our main goal as a club was to be back playing rugby again. We’ve not set any targets in terms of a league position. It’s such a massive part of people’s lives, whether that’s coaching, management, staff, the volunteers, supporters as well, we’re just absolutely delighted to be back on the pitch.

“For me, I just love the process of coaching. I love the art of it and everything that goes into it. I’ve missed it so much. During the lockdown, it’s hard because you don’t want to relate your identity to a particular thing, to be seen as just a rugby coach or whatever, but when it’s something you’re so passionate about and you enjoy so much and it’s taken away through no fault of your own, then that hurts.”

The young demographic at Nottingham includes several dual-registered players and 10 names from the NTU team who have signed terms.

Trent and Nottingham's pathway has been fruitful in recent years, but no form of university rugby has been played since March 2020.

Having taken the helm in both of his current roles just over 18 months ago, Ross has only sought to strengthen the link between club and university with great success despite the ongoing turmoil caused by the pandemic.

“I think for the University, it’s our USP for any young aspiring player to potentially further their rugby but get a degree, and come into a programme that’s basically hand and glove from university to professional Championship rugby,” Ross added.

“We recruit really well as a result. It’s a massive win-win for both parties. Nottingham Rugby get a pipeline of young up and coming players, and the quality of player attracted to NTU through the potential carrot of a professional contract through university is awesome.

“It is a big step there’s no doubt about it. You won’t find many 20,21, 22-year-olds playing in the forwards at Championship level, but you might find some back three players or some centres etc, but even then, they’re quite rare.

“For those 10 guys who are involved with Nottingham this year, all of them are training really well and it’s if and when they get an opportunity to get into a matchday squad.”

During the last 12 months, Nottingham Rugby have adapted their model to a more part-time environment due to league wide funding cuts and loss of revenue.

Restrictions place an even bigger emphasis on the coaching team to prepare their players for the Championship in the time they have together.

“The work, train, play model at the club has actually been really successful,” Ross said. “It’s had to be because that’s the way we’ve chosen to structure the club for the foreseeable future with the Covid and RFU cuts.

"I think the RFU are a disgrace to the game. That is probably the best word I can use."

“One thing we’ve always done at Nottingham, we’ve always had a small budget. We’ve always had a small squad. What the club has done really well over the last few years is really coached their players well. We feel we’re able to get the best out of the players that we have. We make our players better. We feel that we come up with good game plans and a style of play that allows the level of success to punch above our weight.

“Some of the biggest challenges have been the fact that the players have gone from full time professional to working during the day. They’re probably doing the same amount as before, but they’re doing it on top of having a full-time job.

“The players are obviously super excited to be back and training for something, but after working 10 hours beforehand, that’s where the challenges come of making sure the sessions are fun and enjoyable, that they’re immediately engaged and can flip from work mode into rugby mode.”

Those mechanics and intricacies of coaching are often overlooked in the importance of a team’s success.

Having not played at a professional level, Ross has followed a diligent road to where he is today, working tirelessly to hone his craft in a journey that has taken him across the world and back during a 17-year coaching career.

From time spent at St Andrew’s back home to King’s College in Auckland, plus opportunities to coach and learn at the likes of Auckland, Crusaders, Stormers, as well as a stint with Miami Sun in Bermuda at the World Tens, it’s an incredible roll call.

Coaching in New Zealand clearly provided a particularly impactful evolution, as well as some phenomenal friends and colleagues along the way.

“For me wanting to be a coach has been a really long, challenging journey,” Ross said. “I decided to go to NZ because the opportunities in Scotland were limited. There’s only two professional clubs and Scottish rugby have a responsibility to support their players who are retiring, so a lot who have never coached before were going into roles who probably hadn’t earned them, so I had to create my own path.

“Going to NZ was my way of doing that. Spending two years there was awesome from a lifestyle point of view and growing as a person, but the opportunities that I was able to pick were life-changing.

“First and foremost,  spending a month with the Crusaders in 2017, Scott Roberston is definitely a bit of a mentor for me. I’ve spoken to him a few times over lockdown. He’s helped me on a few things and challenged me to develop my coaching so being able to pick up the phone and speak to Scott and Brad Mooar is huge.

“Kiwis are just awesome people! I spent time with all of the Super Rugby franchises as well as the NZ 7s. To go into those environments and have these coaches actually say, ‘Can you give me some feedback on the session you’ve just seen?’ that kind of shows how keen they are to learn. Building up that network will not only be huge for my future career but has been huge to get me to this point as well.

“There’s no doubt about it. Without doing that I wouldn’t have been able to come back to Nottingham and coach at the Championship level here. One day I’d quite like to go back to NZ as well. There’s probably a little bit of unfinished business there for me.

“The thing I’m quite proud of from my point of view, I’ve never been a professional player so I’ve earnt what I’ve got through education, through experiences, but also through failing loads as well, it’s not all been success stories.”

At present, there is plenty more chance to apply those learnings in Nottingham as some sense of normality finally resumes.

Whilst for now the achievement of having the team back out playing may suffice, there is still plenty of room for ambition at both Nottingham and NTU, plus for Ross himself.

Congrats to all the boys from @NTUSport @NTURugbyUnion on signing for @NottinghamRugby
Thoughts for TM12 who is no longer with us to take the opportunity ????https://t.co/f2mthbbm1b

“We talked about just being really grateful and really thankful that we’re back playing rugby at Nottingham. We’re obviously going to go out and compete really hard in the Championship and wherever we finish, we finish.

“That allows us to lay some really good foundations for next year. With the young squad that we’ve got, they’ll stay on and we’ll be able to hit the ground running. We’re just looking to work our asses off and cause some upsets along the road.

“I’m just really excited to try and push the boundaries from an attack point of view and play a really good brand of rugby, that’s not only successful but also people enjoy watching.

“At NTU, we’re gonna be a really young squad when we return because of this year that we’ve lost to Covid. A lot of our senior players will graduate so the big focus for me when NTU returns is with our new players and making sure that is the main focus and everything comes from people enjoying it.

“I’m really focused on being the best assistant coach I can be for Nottingham. That, for me, is what I strive towards every day. I definitely would love to potentially step into a head coach role at some point at Nottingham if that was to ever come my way or to make the step up like other coaches have done and become an assistant coach maybe at a Premiership level.”