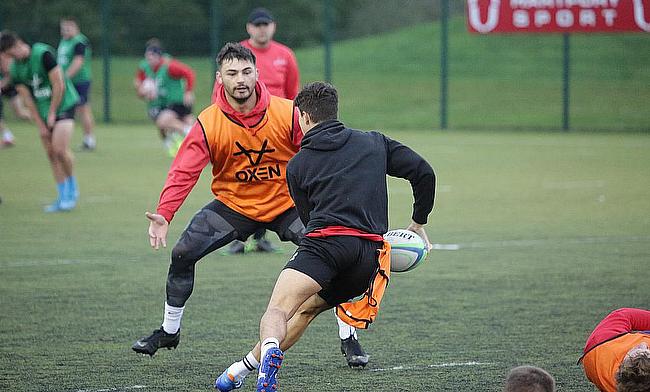 Hartpury finished ninth in the Championship this season
©Andrew Beacham

And just like that, the 2020/21 GK IPA Championship is over with just the play-off final to come this weekend.

A 12-month wait in the wilderness between seasons was finally ended as this campaign came and went within a 12-week shootout.

Each of the 11 clubs who reached the start line were scheduled to face one another once, and only on the final weekend of league action did a fixture fall foul of a Covid cancellation.

Saracens v Hartpury was the match-up scratched after several coronavirus cases were recorded within the Gloucestershire club’s camp before the game was recorded as a 0-0 draw.

The decision to award no table points caused some notable outcry as it denied Sarries the chance to finish top, but that seems to have now been resolved with the play-off final dates since confirmed.

It was a disappointing note for Hartpury’s season to end on, adding to the trials and tribulations they have had to cope with over the last year. Head Coach Mark Cornwell has borne the brunt of much of it, with the Covid outbreak another challenge placed on the club through no fault of their own.

“I think we had about maybe four or five cases across the squad,” Cornwell tells TRU. “It came in through one of our players through no fault of his own. It came through the family and once it’s in, it’s tough to stop it spreading. All the boys who were in close contact were self-isolating as well so it took a big chunk out of our squad.

“We played Jersey on the Saturday, and we don’t test until the Monday evening after so we didn’t find out until then. As soon as we realised there was an issue, we reacted in accordance from there. It meant PCR testing and going through training to see who was in close contact then it’s a knock on effect. Then that was it. The club shut down and we haven’t been back since.

“We haven’t had any communication with Saracens at all. It was decided by the disputes committee, and they made the decision which was put out. We showed what protocols we’d followed and nobody was to blame based on the report which I read.”

It would have taken a Saracens bonus-point win by a margin of two for them to finish top and regardless of the daunting challenge the game would have posed, the likely once in a lifetime opportunity to play the triple European champions is something Hartpury were equally disappointed to miss out on.

Despite a raft of Covid related postponements and cancellations across numerous top tier club and international competitions, there appeared to be no explicit protocols for such occurrence in the Championship.

Given that it has since turned out that Saracens will play at home in the second leg of their play-off final against Ealing - which would have likely been the preference - perhaps it’s time to move on.

“I think the only thing written in was that any games that were potentially at risk would have been put to a disputes committee to decide the result and that’s exactly what happened,” Cornwell adds.

“It was different to the Premiership and people automatically think we’d do the same, but it’s run by completely different committees, with different protocols and they came to that decision.

“The result would’ve more than likely been one-sided but it’s still an opportunity for young aspiring professionals to play against guys at the top of the game and they may never get the chance again so it’s disappointing all round.

“I get people’s frustration from a Saracens point of view, but what could we have done? It’s just one of those things.

“Could you imagine the press if we’d have taken Covid to Saracens and played them prior to their two play-off games with Ealing and all those British Lions before they’re going on tour? Imagine what criticism we’d have been under, so everything was done sensibly and common sense prevailed. I’ll take a 0-0 result against Saracens all day long. I’m not grumbling!”

Final day drama aside, it has been a turbulent campaign for Hartpury following on from that trying period just to make it to the start line.

They toiled through the longest of pre-seasons with no matches to speak of other than a 50-minute hit out with Gloucester.

Despite that, Hartpury made a promising start with a bonus-point win over Richmond on the opening day, but that would prove to be one of only two victories across the season with the other coming in the final play against Nottingham in Round 5.

We can now confirm that the @Champrugby fixture with @Saracens - originally scheduled for last Saturday - has been cancelled.

With relegation suspended for the 2020/21 season, it was somewhat of a free hit, but still more was expected from Hartpury and already thoughts are looking ahead to next season.

“It’s difficult enough running a rugby club without Covid, but there’s been no bonding other than training so it’s been very difficult off the pitch as well as on it,” Cornwell says.

“You try and get this team spirit and this cohesion as a squad, but it’s been flat as you’re unable to do anything. I feel for them, and I wouldn’t have liked to have gone through it as a player. I’ll be glad to see the back of the Covid season, let’s put it that way.

“We’ve come up short in lots of areas. We started training last July and thought that would be positive for us, but it’s turned out to be the complete opposite. They trained for so long without any sort of goal to put those methods into practice and maybe that was detrimental. Other clubs didn’t start training until January and they’ve performed better than us.

“I’ve been talking to other coaches, and they’ve been struggling with it massively around lots of the protocols, isolating players, testing, the cost and it just gets on top of you in the end and I think a lot of the players have struggled as well.

“We have some players that have played really well, and they can hold their heads high, but like any club, there will be movement, we will be recruiting again and have done already.

“We’ve agreed terms with various different players so we’re moving players on. We’re looking to improve so that we can attack it in a completely different way to what we have done. As coaches, we’ve been disappointed with lots of things that were happening on Saturday afternoons. If you don’t make changes, then you’re gonna stay the same and get the same results. It’s our job to freshen things up and recruit in the right area.”

Whilst this season may not have been a memorable one, Hartpury only took their place as a Saturday side back in 2004 after rising from Gloucester 3 North (11th Tier) to now establishing themselves as a Championship outfit.

Cornwell has been a big part of the journey following a distinguished playing career for Gloucester between 1997-2005: “Officially I’ve been coaching at Hartpury for nearly 10 years, but I was coaching here before when I was working for Gloucester and I’ve seen it change the higher the level we go.

“In the past, Hartpury were used to winning every game. Now we’re at a level where it’s very tough to get a win. It’s a very different model to anything else in the Championship. We don’t spend crazy amounts of money on our squad. It’s just the way it is so we’re up against sides almost every week that are spending more than us, double, treble or even more and that’s fine.

“From a squad point of view, it changes every year, so to keep any continuity and have that cohesion is very difficult. You have students coming through, they finish their courses, they move on. We bring players in that do well, they get picked up by Premiership teams so we’re constantly in a cycle of recruitment.

“It would be nice to keep a core of players because I’m having to go over the same stuff year upon year and building from the bottom, rather than having that platform in place.

“I’ve enjoyed every minute of it, though. I just want to see the best for the boys and the best for the college, and I think they’re at a level where they should be, and our job is to keep them there.”

Hartpury certainly have had numerous players who have performed well and gone on to achieve at the highest levels of the game.

Their latest former students to hit the big time are Louis Rees-Zammit and Jonny Hill - both named in this summer’s British and Irish Lions squad - but one player’s raw talent may have been slightly more obvious than the other during their time at Hartpury.

“Louis-Rees Zammit really hit the ground running in the Premiership,” Cornwell says. “He didn’t even play for the Hartpury Championship side. He jumped from the 18s.

“If you’d have said to me when Jonny Hill left here as a gangly 21-year-old who was a great bloke and had potential that he was going to play for the Lions in 2021, you’ve got to give credit to Exeter there because they’ve done a fantastic job.

“They’ve made him into this international player. They’ve changed his attitude, they’ve made him a hard worker, he’s ticked all the boxes and now he’s a British Lion.

“I text him on the day that he got his announcement and said ‘well done mate’ and he comes back with a thumbs up. I think he appreciates his early years when he was developing and that there’s no better place to do that than here.

“If not the best, then it’s one of the best in the country to establish yourself and learn and get better and go and find that professional career within the sport.”

“There was something special about him."

All eyes will be on Louis Rees-Zammit as the Six Nations returns this weekend and those who have helped the Welsh flyer reach the top will be cheering him on.https://t.co/IaL9iMg6RO pic.twitter.com/cwGaGmWClR

It’s a great reflection on Hartpury when looking back at what some of the players who have passed through their system have gone on to achieve.

Whilst this season may have been a difficult one, there is plenty to look forward to and work towards for the club and Cornwell certainly isn’t going to rest on his laurels.

“Our goal as a Saturday Championship side is to try and be competitive and remain in that league. We’re not a Premiership outfit and we never said we wanted to be. In this area that’s Gloucester, so we want to sit underneath them and develop some of their players that need to bridge that gap between academy and Premiership.