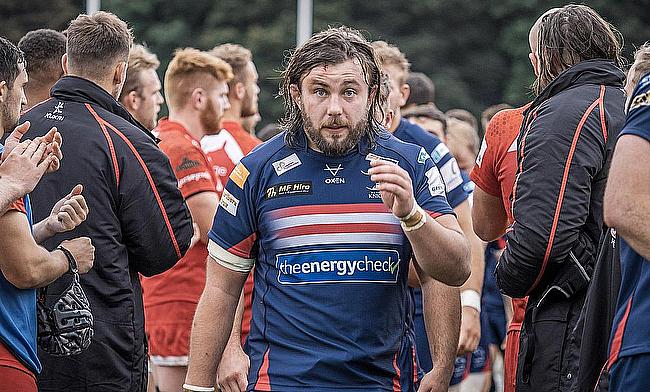 So here we are.

Just 12 weeks after it got underway, the league stage of this GK IPA Championship campaign draws to a close.

A five-game Saturday has sadly been reduced to four after Saracens’ final match of the regular season was postponed because of Covid cases in the Hartpury camp.

The RFU have said they “will meet ASAP to determine the next steps for the fixture”, but in terms of the overall picture, Sarries have already booked their place in the two-legged play-off against league leaders Ealing Trailfinders.

However, below the table toppers, there is still plenty to be decided on the last day regarding final league positions.

Fans will be back around the grounds to witness the encore before we move into the business end of the season.

Numerous players and cult heroes are also set to bring the curtain down and call time at their respective clubs so Round 11 is where we bid them farewell.

Unfortunately, this game was scratched on Friday afternoon due to a Covid outbreak in the Hartpury squad.

Saracens were due to welcome the Gloucestershire outfit to London for a first encounter between the two sides, but Mark McCall’s charges will now hope they won’t have to contest another Championship league fixture with sights firmly set on an instant Premiership return.

There is no news yet on what the outcome of the postponement will be and whether the game will be rescheduled for next week. It is more likely that it could be a walkover to Saracens, but that falls to the RFU Disputes Committee to decide in due course.

All the best to Hartpury and hopefully all of their players, staff and their families are safe and well.

On to the Athletic Ground where Richmond will host a Championship game in front of fans for the first time since April 2019, when their relegation to National One was confirmed.

Their support could provide a much-needed lift to Steve Hill’s side who have struggled on their return to the Championship having won just one game back in Round Three. They can also now not finish anywhere but bottom of the pile.

It’s certainly not for the want of trying or lack of effort, but this season was always going to be a testing one. Richmond are yet to secure a bonus point of any sort and have scored just 116 points in nine games so perhaps this might be the perfect opportunity to cut loose and put on a show in front of a home support with the sun set to be beaming down.

Joining them at the RAG will be Coventry, who will be looking to secure fifth place with fourth still a very outside possibility.

Like most other teams this season, Cov were comfortably put away by Saracens last week, suffering the heaviest Championship loss of the term in a 73-0 defeat.

There is no shame in losing to Sarries, but the margin and lack of response will seriously sting and they will be desperate to put things right and finish the campaign on a positive note.

This is just the second season these two have spent together in the Championship, having battled it out in National One for several years. The conclusion of Cov’s first foray into the second division in 2018/19 coincided with Richmond’s relegation.

In that season, they traded home victories with Richmond winning 22-5 at the RAG before Coventry returned the favour 20-16 at Butts Park.

It is time for them to get reacquainted as over two years have passed since that most recent meeting in March 2019.

What a way to conclude a season with the Battle of Bedfordshire!

Less than 10 miles separate the two clubs and although Ampthill have guaranteed a second successive season where they will finish above Bedford, bragging rights are up for grabs once again.

Pre-season provided plenty of spice as the sides traded away wins in a pair of fiery encounters, with the A’s coming out on top in the aggregate scoreline.

Ampthill currently sit sixth in what is their second Championship campaign and if you’re an optimist, much would have to go their way to snatch fifth on the final day to match last year’s finish - but beating Bedford on their home patch would make that a moot point.

The Blues trail behind their neighbours in eighth which is as high as they can finish having won just two games this season. Bedford have also lost six of their last seven despite some promising performances so they too would appreciate a final day derby win.

Last season was the first in which they’d squared off in the second tier, but Covid meant that only the Goldington Road leg took place in the league before the return game was scuppered.

Rather fittingly, it was staged on Boxing Day and Ampthill came away with a 23-10 victory, adding to the two they managed over the Blues in the Championship Cup.

For Ampthill, Dave Ward and Billy Johnson will make their final appearances for the club from the bench, whilst Bedford captain Sean McCarthy plays his last game before retirement. All will be hoping for a fitting farewell.

Old friends and rivals Jersey and Cornish Pirates do battle once again as they draw a line under the 2020/21 season.

Owing to last week’s bye, the Pirates are the unlucky ones to miss out on playing in front of a home crowd, but at least they get to finish on a Jersey away day with supporters once again packing out the Stade Santander.

The sides have been in copycat form of late, mirroring each other’s results in their last six matches.

Jersey’s slow start to the season means they find themselves in seventh, though they could still jump up a place depending on results.

Pirates, of course, had that wonderful beginning to the campaign before a mid-season slump, but they have recovered to strengthen their grip on a top-four finish, with third spot still within their grasp.

Next year, it will be a decade that both sides have spent life in the Championship together, regularly trading results in that time and holding an even looking head-to-head record.

Last season’s only encounter saw Pirates plunder a 23-10 win over in Jersey which was their first away triumph on the Island since 2012.

This week, there has also been talk of Jersey joining the French league system which would be a crying shame for the Championship and English rugby but understandable given the disparity in funding.

But back to the here and now. Both have announced numerous re-signings and departures in recent days meaning the likes of Josh Bainbridge, Ollie Dawe and Tom Williams play their last game for the Reds, and the fantastic Dan Frost bids farewell to Pirates before joining Wasps with Will Cargill also moving on.

This is it then. The honour falls to Doncaster and Nottingham to round off the weekend and the regular season.

It should be a great occasion with fans finally back at Castle Park to celebrate what has been a fine season for their side, with Nottingham looking to spoil the party.

Donny’s play-off push may have fallen short in losing to Ealing last week, but the prospect of a third-place finish and eight wins from 10 matches would make for an exceptional campaign.

With their only other defeat coming against Saracens, it would be some statement to have put all of the other sides in the division to the sword.

Nottingham might wish this season could go on for a few more weeks. Having lost their first seven matches, they’ve come roaring into life, securing back-to-back wins and their upturn in results has ensured they won’t finish at the bottom of the table.

This was also another match-up that was contested just once in the league last season - Donny sneaking a 16-15 win with a late conversion - meaning four of the last five encounters have been decided by six points or less.

There will be final farewells to some absolute legends from both sides.

Doncaster must say goodbye to club captain Robin ‘Bomber’ Hislop who has been rewarded with a well-earned move to Wasps for next season, whilst the one and only Matt Challinor pulls on the Knights shirt for the last time before retiring from professional rugby to return to Rotherham.

For Nottingham Head Coach Neil Fowkes, he will take charge of his final game before making his coaching gig at Wasps permanent, where he is sure to spend plenty of time with Bomber. It brings an official end to an association with the Green and Whites which spans over 30 years.

Ealing have done the leg work to already guarantee a promotion play-off spot and they are now in the midst of a three-week period in which they can prepare for Saracens.

They will know after this weekend whether they’ve finished first or second and if it is the latter, it will fall to Sarries to decide the order of the home and away ties.

They have been runners-up in their bid to reach the Premiership for three successive seasons, but will this be the year they crack it? ‘Only’ Saracens stand in their way…

To those players, coaches and staff retiring or moving on and around the Championship, thank you, congratulations and good luck.

To the clubs playing their final game of the term, enjoy the short break because pre-season will begin before you know it! To the fans, enjoy the last round of regular action and make sure to tune into the play-off final.

To Saracens and Ealing, see you in a few weeks.