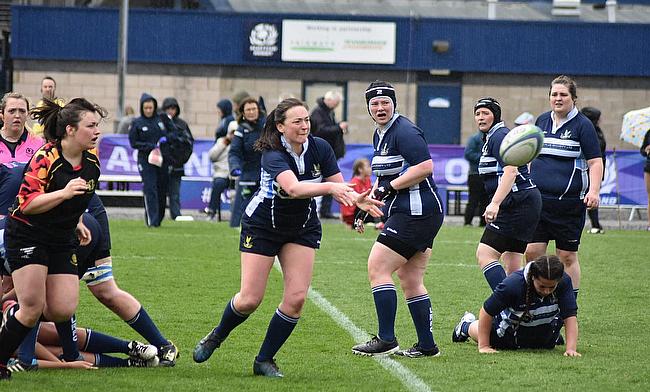 The old and the new: Cowan and van der Merwe urged to grab their opportunities
Branded bootlaces to highlight Rugby Against Racism campaign in Scotland
McMillan lays down the 'law' as she targets more caps for Scotland
Kurtz relishing new chapter as she aims to hit the heights with Sale

It has been a tough few months for rugby clubs in Scotland, so it was a great boost to hear over the weekend that Livingston RFC president Lee Anne Steel had been awarded a British Empire Medal in the Queen's Birthday Honours List for her services to Rugby and the Community.

There is no doubt that grassroots and community clubs are finding things tricky just now, but they are so vitally important to local people who want to play rugby and also those who want a social hub and to feel part of something.

As a result, when Covid-19 is under some sort of control, these types of clubs will be key as things get back to ‘normal’ - and Livingston is an excellent example of this.

The Almond Park club from West Lothian has men’s teams, women’s teams, junior teams and a lot more and one of the driving forces behind everything that goes on is Lee Anne.

“I was shocked when I heard that I had been awarded a British Empire Medal, but it was a lovely shock and something that I am very proud of,” Lee Anne, 44, told TRU.

“This is not just an award for me, but it is an award for everyone at the club who have volunteered a lot of time over recent years to get Livingston RFC to where it is now.

“Grassroots rugby is the lifeblood of the sport and it is so important that when we come out the other end of this pandemic, people still have local clubs that they can get involved in whether they are parents of mini rugby players, whether they want to play senior rugby or whether they just want somewhere to socialise.

“At Livingston we pride ourselves on being a club where anyone can get involved. Things are tricky at the moment, but the future is certainly bright and just seeing new folk coming down, making friends and smiling makes it all worthwhile.”

“I have pretty much done every job within the club!”

With a husband, Graham, who has been playing with the club for many years and four sons - Jack, Ewan, Aaron and Blair - who were keen to get involved in rugby from a young age - it is perhaps inevitable that the sport would play a big part in Lee Anne’s life.

“I have been around the club since I was 17, watching the men’s team play first of all and socialising with the members,” Lee Anne explains.

“Soon I was on the committee and I have now been president for the last six years while I have also played my part in growing the women’s and girls’ teams.

“On that side of things, we started up a girls’ section first because after Primary 7 and mini rugby with the boys, there was nowhere for them to go.

“When that started going well, about four years ago we set-up the women’s senior side and it has been an amazing journey with them.

“I have played for them too and the highlight was definitely in 2018/19 when we managed to get to the Bowl final on the back pitches at BT Murrayfield. I also refereed too so I have pretty much done every job within the club!”

As mentioned, Lee Anne was part of the women’s team from Livingston that made it to the Bowl final 18 months ago.

On the day, they lost out 72-12 to a well drilled Greenock Wanderers outfit. “When we started the women’s team and played a few games in the NDL [National Development League] we were just doing it for fun and we had no idea that a few years later we’d have the capability to make it to a final,” Lee Anne recounts.

“We made the long trip to Stornoway for the semi-finals and we had to turn a squad around for that one in a couple of days, but we so wanted to get to finals day.

*His words not mine pic.twitter.com/YPx31xuOUY

“I was playing scrum-half in the final and although Greenock were very good on the day ,I was just so proud that our little club was playing on that stage and everyone gave their all for 80 minutes and the buzz of being in and around BT Murrayfield was amazing.”

Currently Lee Anne is dealing with a wrist injury, but she remains hopeful that she can get back playing the game she loves at some point.

Her husband is now the director of rugby and still plays for the men’s first XV along with their two oldest sons.

The younger two sons will be playing in the boys’ under-18s and under-15s when rugby properly resumes so it really has been - and continues to be - a family affair at Livingston for the Steel clan.