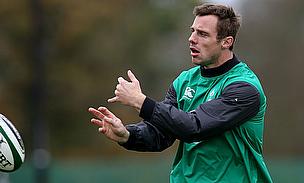 Week 2 or round 2 of the Six Nations has been and gone. Our expert analyst in the Southern Hemisphere, Scott Donaldson, looks back on what he saw.

For players in Fantasy Rugby or Rugby Tipsters, he provides useful insight into how the bookies would select a team of the weekend.

Yesterdays TRU Team of the week by Alex Shaw prompted massive debate on Twitter. Two trends emerged; the first was the poor performances of the scrum halves and the second, the role of France’s heavyweight replacement props. If you haven’t seen it, take a look at @talkrugbyunion.

The Six Nations Round 2 saw Ireland and England rise to the top of the Six Nations championship ladder, while Italy look like they will be collecting the wooden spoon. Scotland looks like they will continue to be brave, after another narrow defeat, while Wales and France still have a chance, but will need to rely on other results.

Six Nations Round 2 was far more predictable than Super Rugby Round 1, with Super Rugby Tips picking all three results to within three points to collect winning points, margin points and a Grand Slam Point in the www.superbru.com tipping competition.

All three Six Nations matches were predictable with 81 per cent of SuperBru tipsters picking Wales to beat Scotland, while 99.7 per cent picked England to beat Italy. 87 per cent picked an Ireland win against France.

Despite both Ireland and Wales being so hotly favoured, they were both pushed really close by France and Scotland. It seems that Scotland's lack of winning experience is costing them again as they just can't quite get across the line to beat the top teams in the world by taking their opportunities during games.

Six Nations looks set to only get better with Ireland hosting England in potentially the Six Nations title decider, while France hosts Wales which is in many ways a bronze medal match and Scotland hosts Italy for the wooden spoon,

Six Nations 2015 Round 2 Team of the Round Form XV is here, based on statistics by fantasy rugby website www.testrugby.com. Who were the best players in Six Nations Round 2?

New England centre Jonathan Joseph may not have been the first choice Number 13, but he is making a claim for a permanent tilt at the England Number 13 jersey after another brilliant performance against Italy. Joseph was the Six Nations Round 2 Player of the Round.

One concern for England fans, is the thought that he can now be used by Stuart Lancaster as a wing, thereby allowing Manu or Farrell into the centres. Loyalty is a funny old thing. He was actually tied on points with his opposite in Italy's Luca Morisi who was a two-try hero for the Azurri.

Both Joseph and Morisi are absolute bargains and worth considering for future weeks.

This team is dominated by Wales, England and Scotland players.  Interestingly, there is only one player from the Ireland vs France game.

Check out the individual performers - here is what the stats say.

This squad is picked based entirely on TESTRUGBY.com fantasy points earned from the Round. The results are limited to the actual starting 15 of each side, and spots are based on the jersey number worn in the game.