Six Nations: XV team of Round 1 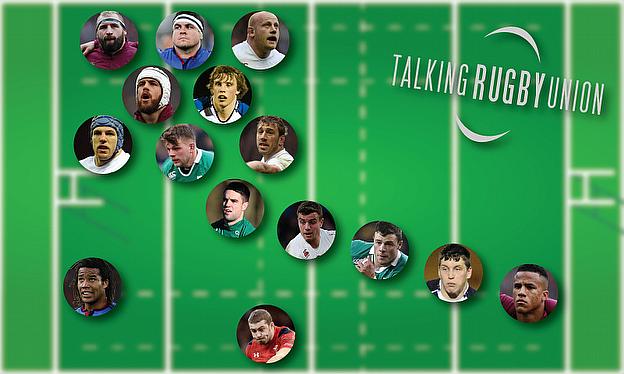 The two months since the end of the autumn internationals has seemed to crawl by, but at last, international rugby is back.

We have rounded up what we think were the best performers from the weekend for our first Six Nations XV of the Week, but do you agree?

1. Joe Marler, England
The loosehead continued his fine form this season with a comprehensive dismantling of Wales’ highly-touted tighthead, Samson Lee. Marler consistently had a lower scrummaging height than Lee, as well as a power advantage, something which the Welshman was unable to cope with for the 55 minutes that Marler spent on the pitch. The Harlequin also made himself known in the loose, proving to be one of England’s favoured carriers in and around the fringes.

2. Guilhem Guirado, France
Aside from a couple of throws that the tenacious Jonny Gray got his hands on, the French lineout worked very well against Scotland and was one of the keys to their victory in Paris. Guirado was on target with his lineout throwing, as well as making a significant contribution defensively, which was enough to earn him this spot on a weekend when no other hookers particularly stood out.

3. Dan Cole, England
Euan Murray had his moments on Saturday, including a lovely offload for Dougie Fife’s try, but Cole took apart Gethin Jenkins at the Millennium Stadium. The Leicester Tiger showed none of the rust that was expected of him after missing a number of games this season, and alongside Marler, had the Welsh scrum on wheels. Cole’s impact at the breakdown was also evident, helping pilfer a number of balls as well as slowing down Wales’ recycling efforts.

4. Dave Attwood, England
A solid, all-round performance from Attwood, whose telling contribution at both the set-piece and in the loose, helped England to a memorable victory in Cardiff. His ferocious tackling, now a trademark of Attwood’s game, was pivotal in stopping the Welsh pack from getting any kind of front foot ball for their struggling back line.

5. Jonny Gray, Scotland
Gray’s burgeoning legend continued to grow this weekend, as he turned in a performance of real class in Paris. He did his best to disrupt a well-drilled French lineout and was also a physical force at the breakdown. His 19 tackles are not to be sniffed at either, especially as at least two of them prevented France from crossing the whitewash.

6. James Haskell, England
A truly tireless display from Haskell, who aside from running into a post, showed in droves the determination, technique and raw power that earned him a call-up to the England XV in place of the injured Tom Wood. Haskell’s inclusion gave England a back row forward who could compete with the likes of Sam Warburton at the breakdown, whether that was attempting to jackal ball or just clearing out the opposition in order to give his side quick ball. The post that was all that stood between Haskell and what would have been a well-earned man of the match award.

7. Chris Robshaw, England
Tackle statistics are oft overrated, but Robshaw’s tally of 26 in such a close-fought and important game is worthy of real praise. Robshaw’s tireless work rate in defence allowed Haskell to focus on the breakdown and the result was a back row performance as balanced and effective as any seen under Stuart Lancaster’s tenure. The leadership he showed, particularly in the tunnel before the game, also deserves mention, if only for the slight resonance with Martin Johnson’s infamous incident in Dublin, just prior to the 2003 Rugby World Cup.

8. Jordi Murphy, Ireland
Billy Vunipola, Damien Chouly and Taulupe Faletau all had good games, but Murphy edges all of them. He took up the slack well for the missing duo of Sean O’Brien and Jamie Heaslip and was the predominant carrier for Ireland in a rust-shedding outing in Rome. He couldn’t turn many of his carries into big gains, but his constant and unrelenting accrual of one or two metres each time he took contact was vital to keep Ireland’s phases alive and their back line on the front foot.

9. Conor Murray, Ireland
Murray provided Ireland with an experienced head at half-back in the absence of Jonathan Sexton and helped take the pressure off Ian Keatley in a tight first half. The scrum-half’s box-kicks were contestable for his teammates and his precise distribution gave the Irish back line a good platform from which to play off. Murray also grabbed the first try of the game and along with Leonardo Ghiraldini’s yellow card, helped take the game beyond the reaches of the Azzurri.

10. George Ford, England
Camille Lopez and Keatley both had their moments, but in truth this was a two-horse race between Ford and Finn Russell. Both players had very good (and very similar) games, but Ford ultimately guided his side to a victory and that was enough to separate the two players. The young fly-half guided the English back line well and also handled anything Wales threw at him in defence. Had the decoy line of Nick Easter been slightly slower, and the carry of Haskell head in any direction other than the post, the winning margin for England – and Ford – would have been much larger.

11. Teddy Thomas, France
The elusive French winger made a habit of escaping tackles and creating space on Saturday, through a combination of electric acceleration and a step which is not only effective, but also quite aesthetically pleasing. It’s a credit to Scotland’s defence that they prevented him from causing any more damage than he did, but every time he got his hands on the ball, he looked like a real threat.

12. Robbie Henshaw, Ireland
Another good game for Henshaw in the green of Ireland as he helped neutralise the physical running of Italian fly-half Kelly Haimona with a very impressive defensive showing. The Connacht man also made an impact offensively, causing the Italian defensive line numerous issues, even with the Irish back line failing to fire on all cylinders until late in the game.

13. Mark Bennett, Scotland
Another strong showing from Bennett was enough to keep Scottish optimism alive, but just not quite enough to earn them victory in Paris. The outside centre was dangerous with ball in hand, as well as being no slouch defensively, making a fantastic try-saving tackle late in the game. Bennett remains the most tantalising prospect in the up-and-coming Scottish back line and should prove quite the handful for the rest of the Six Nations. Jonathan Joseph deserves an honourable mention, scoring an impressive solo try, whilst his committed tackling helped stop both Jamie Roberts and Jonathan Davies in their tracks.

14. Anthony Watson, England
Like Thomas, Watson looked dangerous every time he got his hands on the ball, although Watson was able to go one better than Thomas capped his display with a well-taken try. At times, Watson’s inclusion on the wing, rather than at full-back, has seen his talents wasted, but with Joseph at 13, Watson saw a lot more of the ball against Wales and duly rewarded England for that expansive ambition.

15. Leigh Halfpenny, Wales
The only Welsh representation this week, Halfpenny was head and shoulders above all his teammates, with Faletau the only possible exception. The diminutive full-back was strong in the air, kicked well and was the only Welsh player to have any kind of success running at the English defensive line. Mike Brown and Stuart Hogg both had good games, but were prone to coughing up possession, as their runs from deep often left them isolated from their support.