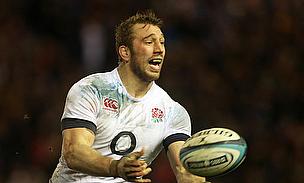 We discussed the implications of the Six Nations taking place on a Valentine's weekend, the conclusion was it was a shame England weren't playing Italy in Rome. Others in the office revealed that a trip to the cinema was in order after watching the games on TV.

Fantasy seems to be the watch word this weekend for rugby players, fans and tipsters. With help from Scott Donaldson, we bring you more rugby analysis to help you land bragging rights with your mates. So Round 2 of the Six Nations is here, leaving rugby fans worldwide in heaven with wall to wall Six Nations and Super Rugby, not to mention the start of the ICC Cricket World Cup.

Last weekend saw some rather cautious rugby from most teams with a scarcity of tries and an abundance of aimless kicking. England, Ireland and France all won, leaving the Six Nations 2015 champions likely to be one of these three teams.

This is the most clear cut game of the Six Nations Round 2, with England hosting Italy. England has never lost to Italy in 20 games and have won 11 in England. Being a day game, the margin could be big, although ironically England put 52 points past Italy last year in Rome, but struggled to an 18-11 win last time they were playing at Twickenham.

England are unbackable favourites for this one and have retained most of their team that beat Wales.  The midfield pairing of Burrell and Joseph who performed strongly against Roberts and Davies have been retained.

Historically the average between England and Italy is a  40-12 result for England with a 28 point margin which should be around what the result should be.

Players to watch: For those playing fantasy rugby games at www.testrugby.com, stacking your team with England players is probably a good idea. There are some bargains in this England team like Jonathan Joseph, Anthony Watson and George Ford, while Billy Vunipola and Mike Brown are two more expensive players worth investing in.

Italy are the whipping boys of Six Nations, but they make plenty of tackles. Italy seems content on playing without the ball and relying on their defence. They have some good experienced players who score good fantasy points like Leonardo Ghiraldinhi and Sergio Parisse, while they welcome back the experienced pair of Mauro Bergamasco and Marco Bortolami.

Ireland welcome back Jonny Sexton and Jamie Heaslip for this crucial match. Ireland easily beat Italy despite taking 60 minutes to break the shackles. Sexton especially is an important member of this Ireland team. France surprisingly kept largely the same team that kicked their way to victory over Scotland 15-8 last week.

The home advantage isn't a massive factor with France holding a 21-19 head to head lead over Ireland in Ireland, but this Ireland team under coach Joe Schmidt are a lot more consistent and are the Six Nations champions. The loser of this match will struggle to win the Six Nations title in 2015.

This match will be close if history suggests anything. Ireland won by 2 points last year, while the previous two games were draws. The last six games between these two teams has yielded a margin of seven points or less. We think the Ireland team of 2015 will be too strong at home.

Players to watch: There are some great matchups, but for those playing fantasy rugby game www.testrugby.com it could be worth paying for Jonny Sexton and Jamie Heaslip who are world class players. Jared Payne and Devin Toner are two bargains, while experienced forwards like Paul O'Connell and Rory Best are reliable scorers.

Both Scotland and Wales lost in Round 1, leaving them having to win the rest of their games to take the title. Scotland were gallant in defeat against France, while Wales blew a halftime lead to lose at home to England.

On paper you would pick Wales to win handsomely, but they were in such ordinary form in Round 1 that it isn't beyond the realms of possibilty that they could lose here to Scotland. This is the best chance Scotland has of picking up a win, other than against Italy.

A loss for Wales would almost mean the end of Warren Gatland's coaching tenure. It is hard to know what needs to be done to get this Wales backline going, maybe a new Number 10?

Wales won the last three games at Murrayfield comfortably. Wales has won the last seven matches straight against Scotland and 11 of the last 12.  They also won last year, 51-3 in Wales.

We know that Vern Cotter is a good coach who has helped his Scotland side improve, but can he be good enough to coach them to victory?

My pick: Wales by 6 points.
TRU pick: Scotland by 3 points