Six Nations: XV Team of Round 2 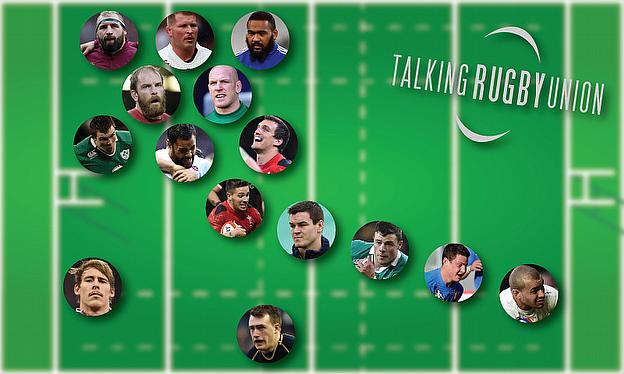 The Six Nations marched on this weekend, as England and Ireland kept their Grand Slam dreams on course, whilst Wales edged an end-to-end encounter with Scotland, leaving the Scots and Italians as the two remaining winless teams in the competition.

We gathered together our XV of the Week for your perusal, approval or disbelief.

1. Joe Marler, England
Twickenham played host to Marler’s second thunderous scrummaging performance in as many weeks, as he comprehensively outworked Italian tighthead, Martin Castrogiovanni. The enigmatic Italian joins Samson Lee on Marler’s list of Six Nations victims and the loosehead’s eyes are now fixed on Mike Ross, who he will likely go head-to-head with in Round 3 of the competition.

2. Dylan Hartley, England
There wasn’t too much separating Hartley and Rory Best, but the latter’s yellow card was enough to swing this decision in favour of the English hooker. The English lineout prospered against Italy, even with favoured lineout targets like Courtney Lawes, Joe Launchbury and Tom Wood all missing, and much of that rests at the feet of Hartley.

3. Uini Atonio, France
The colossal tighthead may have started the game on the bench, but it was his introduction to the game in Dublin that helped solidify the French scrum and give them a foothold to work their way back into the game. Irish loosehead Jack McGrath had enjoyed a good game against Rabah Slimani, but the 24-stone behemoth was an entirely different proposition and helped prompt the introduction of Cian Healey.

4. Alun Wyn Jones, Wales
The lock picked up a well-earned man of the match award against Scotland, making a significant impact both at the set-piece and in the loose. The Ospreys man was at the heart of Wales’ multiple try line defensive stands and his work rate was second to none at Murrayfield on Sunday afternoon.

5. Paul O’Connell, Ireland
The old legs may not reach the same speeds they used to, not that O’Connell ever tore around the field in the fashion of the modern hybrid locks, but they still churn away for an entire 80, always to the benefit of Ireland. O’Connell’s defence was as rock solid as ever in the dying minutes at the Aviva and he was instrumental in repulsing the waves of blue as France became more and more desperate to snatch a draw in Dublin.

6. Peter O’Mahony, Ireland
The blindside flanker quietly went about the field, neutralising the work of Thierry Dusautoir and Bernard le Roux at the breakdown. O’Mahony may not have lit up the game with highlight reel tackles or barnstorming runs, but he excelled at the unseen work which helped Ireland weather the storm (mild gusts and slight drizzle) the French threw at them.

7. Sam Warburton, Wales
Chris Robshaw turned in a typically tireless performance at Twickenham, but Warburton was critical in establishing Wales’ advantage at the breakdown over Scotland. Scotland’s Blair Cowan was not able to affect the game in the way he has become accustomed to in his last few international appearances and much of that had to do with the excellent game that Warburton had at the contact area.

8. Billy Vunipola, England
Vunipola just sees off competition from Sergio Parisse, who was impressive Twickenham, but the Saracen marauded his way around HQ, impacting the game considerably in both attack and defence. His try was a shade lucky, but he consistently carried Italian tacklers with him on every run, as well as displaying a tenacious defensive game that extended far beyond the thunderous hits he has become known for.

9. Rhys Webb, Wales
The Welsh scrum-half injected his side with urgency just when they needed it against Scotland, not to mention showing good awareness to be on the shoulder of Liam Williams’ break to grab a try. One of the decisive differences between the two teams at Murrayfield was the direction and decision-making of Webb, who barely put a foot wrong all game.

10. Jonathan Sexton, Ireland
Sexton narrowly pips George Ford, who guided England to a comfortable victory over the Azzurri, but the Irish stand-off demonstrated in spades why he is the best the northern hemisphere has to offer at the position. His boot was unerring when directed at goal, recording five from five at the tee, whilst his kicking from hand was pinpoint and never failed to land Ireland in the right areas of the pitch. He took his lumps from Mathieu Bastareaud in defence, but was always manful in the tackle and never put Ireland in a hole with a missed tackle or blown positioning.

11. Liam Williams, Wales
The Scarlets full-back brought his jinking runs and an eye for a gap to the wing for Wales at the weekend, making significant gains with each of his forays. Williams’ defence wasn’t faultless, but Scotland’s back line lacked the fluency to punish any errors on his part and the offensive fillip he brought to the side should be enough to see him retain a spot in the XV for the trip to the Paris in Round 3.

12. Robbie Henshaw, Ireland
A natural full-back who has excelled at outside centre for his province, Henshaw continues to prove his praiseworthy versatility with a string of impressive performances at inside centre for Ireland. The Connacht man did a great job of locking down the contrasting threats of Wesley Fofana and Bastareaud in Dublin on Saturday. His opportunities with ball in hand were limited with Ireland content to play a territory game, but his defensive work was certainly vital to securing an important win for the men in green.

13. Luca Morisi, Italy
The outside centre was the standout man for Italy in their 47-17 loss to England, scoring two tries and gliding through the English defence with an ease that will have Stuart Lancaster worried. Morisi’s chemistry with Andrea Masi was refreshing to watch and had Italy enjoyed more possession and/or parity at the set-piece, then he would have been all but certain to add to his brace against the reshuffled England back line.

14. Jonathan Joseph, England
Yes, Joseph is an outside centre, but he was moved on to the wing early against Italy thanks to an injury to Mike Brown and he was devastating coming off his wing to slice open the Italian defence time after time. Like Morisi, Joseph grabbed two tries and was unlucky not to add more. The Bath man has put down a serious marker for retaining the shirt when Manu Tuilagi returns from injury and he gives Lancaster the welcome type of selection dilemma, as opposed to the unwelcome ones which have plagued the English midfield over the last two years.

15. Stuart Hogg, Scotland
Hogg was the sole livewire in a Scottish back line that showed none of the chemistry or efficiency that they have displayed in recent tests and was easily Scotland’s biggest attacking threat on the day. The full-back illustrated his searing pace with a well-deserved try, as well as his mesmeric footwork as he danced through the Welsh defence on multiple occasions.