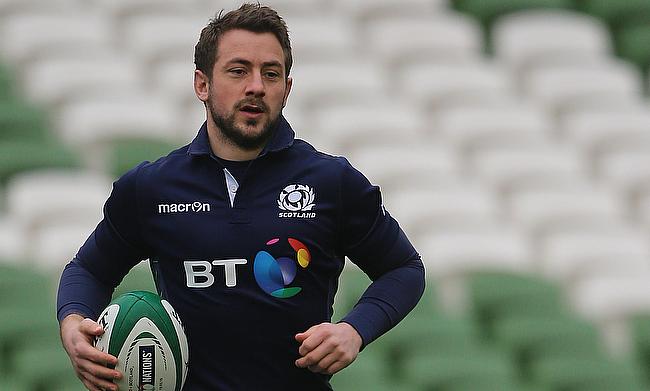 Scotland scrum-half and captain Greig Laidlaw's 16-point haul with the boot helped his side beat Japan by 13-26 on Saturday at the Toyota Stadium.

Laidlaw booted four successful penalties and made two conversions as Vern Cotter's men bagged an efficient victory in the first Test against a chaotic Japanese side.

Scotland struck first on the fourth minute as Laidlaw managed to score a penalty.

However, Japan responded pretty well as four minutes later, hooker Shota Horie crossed over the try line for the home side. Fly-half Yu Tamura added the extras as Japan took a 4-point lead early-on in the game.

Laidlaw slotted two more penalties on the 15th and the 19th minute respectively to give Scotland a 2-point edge.

However, Tamura restore his side's lead by a point after kicking a penalty on the 28th minute.

The home side was reduced down to 14-men as flanker Hendrik Tui was given a yellow card for lineout infringement.

Japan's Rikiya Matsuda was sin-binned following a deliberate knock-on of a pass from fullback Stuart Hogg to Tommy Seymour, which would have enabled the wing to score in the corner. The referee promptly awarded a penalty try to the visitors as Laidlaw added the extras.

With two men short for Japan, Scotland made the most of the opportunity at the very beginning of the second-half as prop Willem Nel scored a try for his team which was followed by Laidlaw's precise conversion.

Apart from Tamura's 55th minute penalty, which was neutralized by Laidlaw's 62nd minute kick, Japan failed to make any further addition to their total.

Since 1976, in a total of 10 meetings, Japan has beaten Scotland only once.