Hogg crossing over to the Scotland Sevens Squad 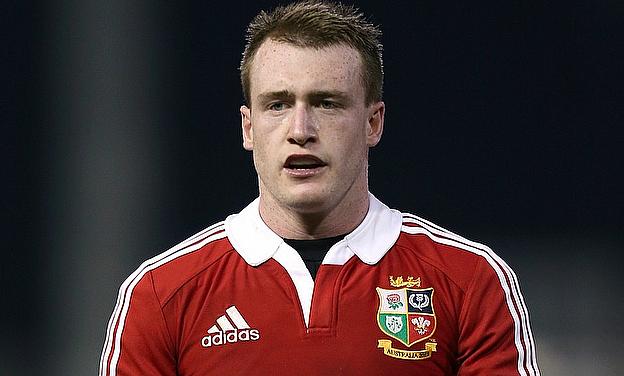 Stuart Hogg will compete for Scotland at the Commonwealth Games
©PA

British and Irish Lion Stuart Hogg has been added to Scotland's rugby sevens squad for this month's Commonwealth Games.

The 22-year-old Glasgow full-back replaces Tommy Seymour, who has been forced to withdraw from the group preparing to take on Pool A rivals New Zealand, Canada and Barbados at Ibrox on July 26.

Warriors wing Seymour sustained a neck injury during the Dark Blues' 55-6 defeat to South Africa on Saturday, ruling him out of action at Glasgow 2014.

But Scotland sevens head coach Stevie Gemmell insists the inclusion of 24-cap Hogg - the youngest player called up for last year's successful Lions tour of Australia - means his squad will not be weakened.

He said: "It is disappointing to lose Tommy, however I'm delighted to be able to bring in a player of Stuart Hogg's calibre into our Commonwealth Games squad and would like to thank Team Scotland, Scottish Rugby and Glasgow Warriors in helping make this selection happen."

Hogg will win his first sevens caps when the action kicks-off in just under four weeks' time but he is familiar with the short game having grown up in Hawick, where he played on the Kings of the Sevens circuit.

Gemmell added: "Stuart is somebody who has shown at every level of his XVs career what he is capable of. He is a player who excites fans and he has shown time and time again he can contribute significantly in both attack and defence.

"Though he has not yet played international sevens he comes from a background in the Borders that has been heavily influenced by the abbreviated game. His game understanding along with the skills he has developed as a professional will I am sure prove a strong addition to our existing playing group.

"I'm excited about him joining the squad and contributing to a successful performance at Ibrox."