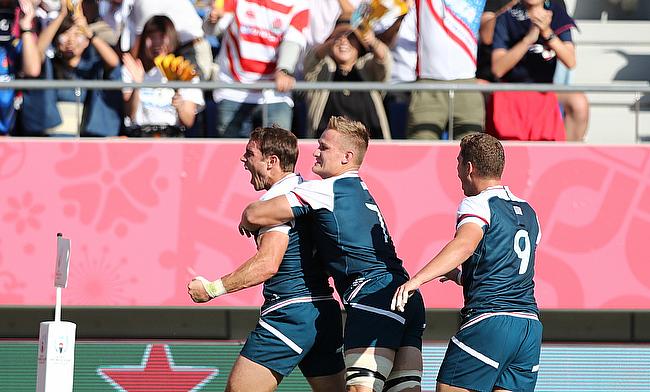 Ugo Monye Interview: Being a rugby player doesn’t mean you are immune from having a bad time
10 players to step into the breach for England this summer
England to host USA and Canada in summer fixtures
The ‘siege mentality’ and support from afar that will guide the Lions

Yesterday morning, when the news broke that England would be hosting both the USA and Canada, one thought crossed my mind; 'Why isn’t this being announced in the afternoon?'

Already, each of the USA and Canada have had to come to terms with the fact that England will not be visiting either country this summer, but now these nations are not able to be part of a joint announcement of a tour that will play a major role in their preparations for the 2023 World Cup.

For those that don’t know, I have something of an affinity with the North American rugby community. This all started with my birth having occurred in Canada and when given the opportunity to start writing about rugby, my eyes turned to the continent and it just so happened that Major League Rugby was getting set for its inaugural season.

On the whole, I see the immense positives of the games taking place, but there is that part of me - when thinking about the release - wondering why it couldn’t have waited another few hours?

Rugby is for everyone, and with interest in the sport growing year on year in North America thanks to MLR and the increased visibility of the game, it means there is an appetite from afar in seeing their national teams take on some of the best in the world. But there are still plenty of states without any top league rugby representation like West Virginia, Tennessee or Ohio to name but a few.

A return to @Twickenhamstad this July with fans as England will face @USARugby and @RugbyCanada ??

Back to normality… sort of

With all this said, the overwhelmingly positive with this whole scenario is that international rugby is back this summer. The newly-branded England 'A' will play against Scotland A at Welford Road before Eddie Jones' side face the USA and Canada at Twickenham.

Firstly, how wonderful is the prospect of Twickenham hosting at least 10,000 fans for these two games, but what an opportunity it also is for players to get their first chances in an England jersey.

As you may have seen earlier this week, I put forward some names I feel should get a shot in an England shirt, with the likes of Marcus Smith, Freddie Steward and Miles Reid all featuring as Jones is very likely to mix up his squad.

A Lions year is always a chance for players to gain their first experiences for their country and it was in 2017 that the likes of Sam Underhill, Mark Wilson and Tom Curry received their first caps and the trio all played important parts in England’s run to the 2019 Rugby World Cup final.

With the various difficulties of moving between the USA and Canada, it was problematic for England’s tour to North America to take place. This has been highlighted in MLR, where Canada’s sole team in the competition, the Toronto Arrows, have been based in Atlanta, Georgia, since March.

Due to tight border controls and the different hoops that would have to be jumped through, a home tour with a certainty of fans was the best option for England. Naturally, you have to wonder what the financial benefits are for the USA and Canada, but those perhaps come secondary when thinking about the continued development of the players on the pitch.

Whilst performances in the World Cup might not have shown either country in the best light, what is clear is that both nations are moving forwards. Players are playing consistently in competitive environments and they are training at a higher level.

As much as MLR is a professional competition, many of the players are not full-time just yet nor should they be expected to be. Who could tell a 30-year-old with a family and a mortgage to pay that they should give up a career to play rugby for less money? No one.

Both sides will face @EnglandRugby with Canada also taking on @WelshRugbyUnion and USA facing @IrishRugby pic.twitter.com/JsykRZzdLe

Of course, this is no different to many of the goings-on in 1995 and 1996. A little before my time, I am aware from having spoken to Mike Friday - and reading various autobiographies - that many players wanted to carry on playing part-time in order to not throw away a career as a property developer, as a lawyer or as a banker, because sooner rather than later, they would have to think about going back into the workplace. Plus, professional rugby may not have worked out.

There is a tinge of sadness for me that the USA and Canada won’t get to host England, Ireland or Wales, but their time on the road this summer will give them an exposure to these nations that they scarcely get.

It is a well-known fact that North America has ambitions to host a Rugby World Cup, so by the world’s best rugby nations visiting the continent, that would have given us an insight into how a tournament might look should a proposal be selected.

A primary concern of mine is that the MLR season will be raging on without some 60 players during this time. Thankfully, they will be back on home soil for the start of the play-offs, but you have to wonder how sustainable it could be for a competition to lose a number of top-quality players whilst in full flow.

The argument will quite rightly be made that with the international players away, less experienced and younger talent will step into the breach, but we are talking about new professional rugby environments, some with academy sides and some without, who will be able to buoy themselves during a period that will see their star players away.

MLR players to watch out for

Part of MLR’s inaugural draft class, Mason Koch has made the step up to the big leagues in an emphatic fashion. One of the key things that is discussed with developing rugby nations is those technical skills such as throwing in the lineout that can sometimes be lacking. With Mason, there is nothing lacking.

Good in the loose as well as being reliable at the set-piece, I think that the Dartmouth alumni is more than deserving of a call up from Gary Gold and an opportunity to cut his teeth at Test level.

LeSage prides himself on having had more stiches than anyone else in MLR. Now, that is partly because it is true, but it massively speaks about the style in which the Calgary native conducts his business on the rugby field.

Massively combative, aggressive and, quite frankly, monstrous, the 25-year-old is a real star for Toronto and despite still only being in the early stages of his career, he is a real leader and will prove a handful against whoever he lines up against at any level.

The emergence of this Boston born Kiwi playmaker has somewhat crept under the radar. Quietly, Boyle has gone about his business and he has proven himself as a more than capable player in each aspect of the game that he must thrive in if he is to become an international rugby player.

To give the 21-year-old a chance to work with AJ MacGinty and maybe even the now USA-qualified Sam Windsor could be hugely beneficial to the team in the long run. This guy is the future of USA Rugby.

There’s some poetry in thinking that the last time Adrian Wadden played at Twickenham it ended in defeat and now he could be going back wearing a red jersey. Falling at the hands of Hartpury in the 2019 BUCS Super Rugby final, Wadden has taken like a duck to water in MLR.

Playing alongside the experience of Mike Sheppard and Paul Ciulini, the 25-year-old's first steps into professional rugby have been dominant ones and there is no doubt that caps are in store for this young man.

It will be a summer of rugby like no other, mainly because it will be on home soil. We will get to see two of the most quickly developing rugby nations in the world on our doorstep, so I am looking forward to covering the games extensively for Talking Rugby Union.