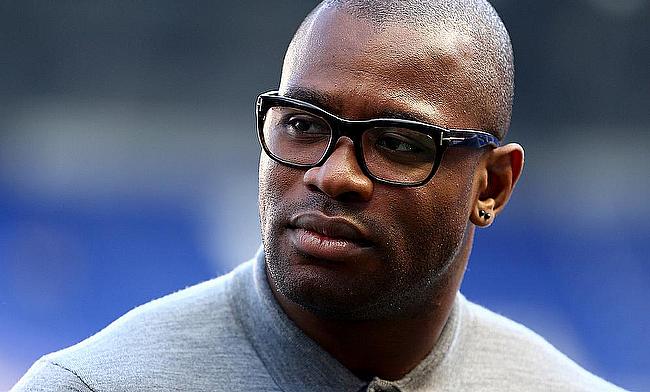 “Sharing people’s vulnerabilities and emotions actually makes it easier to talk about the topic,” says Ugo Monye as he heads to the AJ Bell Stadium for Sale Sharks’ clash with Leicester Tigers.

Our conversation took place before the 'Restart Round' in the Gallagher Premiership kicked off and as a trustee for the RPA's charity, as well as his ambassadorial role with Looseheadz, it means Monye’s opinion on mental health and mental health in rugby is worth listening to.

There seems to be a stigma when it comes to talking about a person's emotions in rugby because it can be seen as a weakness in a ‘macho’ sport, but that stereotype and perception is clearly changing. Twenty-four hours after I had chatted to Monye, he - along with Kyle Sinckler and Pat Lam - encapsulated why it is OK to express your feelings.

In a week where Sinckler was left “gutted” after missing out on the British and Irish Lions squad, the England international produced a man of the match display for Bristol Bears in a 40-20 victory over Bath.

Monye, an ex-teammate of the prop’s during their time together at Quins, was almost brought to tears following Sinckler’s emotional interview with BT Sport’s Sarra Elgan, whilst Lam was visibly moved.

“To be honest with you as a rugby player, whether you have got a blue tick on Twitter and play on a Saturday night on TV, it doesn’t mean you are immune from having a bad time,” Monye told TRU.

“Rugby wants to keep moving forward so when you read interviews or players are doing projects and they have spoken about their struggles, it is important.

“These professional players we see are put on pedestals and for good reason because they are tremendous athletes and they are local heroes, but at the same time, they are people who you respect and admire so when they are telling you they are finding it difficult and that they struggle, I think there is something very relatable by telling that story.

“Whether it is Restart or Looseheadz, they are trying to help make that conversation as common, as real and as normal as anything. There’s one thing having a conversation, but you need that support behind it and Restart are just an ever-present within our rugby communities and within our players and it is amazing to have a charity like this in place.”

Monye went on to highlight the unforeseen challenges which the global pandemic has created, but in terms of Restart, Covid-19 has impacted the outstanding work that the charity does to support professional rugby players suffering from serious injury, illness or hardship.

This is why the current Restart campaign - which has been running since May 3rd - is more important than ever, according to Monye: “We have had this imbalance whereby the 24/7 confidential counselling service which is available through Restart has been needed, but it has been during a time where funds for Restart have taken a hit as well. Everyone has been impacted by the pandemic and that is the same for charities.

“I’d say more than ever, over the last 12-14 months during this pandemic, people depend on this service at its most. Everyone has experienced the stresses and pressures of this pandemic and no-one is immune to that. Players are no different. They have to be in bubbles or they might have had their contracts cut short or whatever it might be, everyone has their own story to tell.

“I can tell you from private conversations which I have had with players and the work I have done with Restart that there are lots of players who are really struggling and have really, really suffered. Some of the stories are really troubling and let’s face facts, this is real life.

“Restart helps save people's lives and it can be quite simply as drastic as that and they are there to essentially support the players in whatever way they can.”

Whilst Monye admits a lot of Restart’s work is confidential, there are recent examples of how the charity has supported players when they have needed it most.

People like Worcester Warriors’ Michael Fatialofa is someone Monye highlights after the forward suffered a serious neck injury last year and was hospitalised for five months.

Following the 28-year-old’s injury, Restart launched a JustGiving page to support him and his family with donations helping to cover immediate necessitates as well as future costs. It was a campaign that raised over £40,000.

“Right now, I really ask upon anyone if they can support and help our players. In these Restart weeks, we really ramp up our fundraising for the charity to be able to do what we can.

“I mean, some of the work they have been able to do for guys like Michael has just been extraordinary. His story is quite a high profile one over the last couple of years, but that is exactly where Restart comes into full force and action. Whether that is transitioning, career-ending injuries, mental health, they are trying to do as much as they can with very little.

“I am honoured to be a part of it. Being on their board of trustees, I get to see first-hand the work that goes into it and the support and the difference they can make to so many people’s lives.”