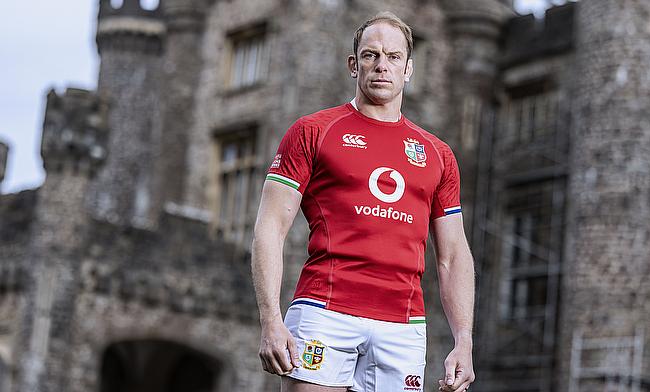 This is Alun Wyn Jones' fourth Tour as a Lion
©INPHO

On Thursday lunchtime, Warren Gatland announced the squad he would be taking to South Africa at the end of June.

The first surprise of the afternoon came when the Kiwi mentioned that instead of 36 players, he and the brains trust of Gregor Townsend, Steve Tandy, Robin McBryde and Neil Jenkins felt they had no other choice than to add a 37th player to the travelling party such was the remarkable strength in depth available to them.

For weeks now, squad selection for this Lions tour has been heralded as one of the most difficult there has ever been and you only have to look at the names of those missing to see why.

But whilst the omission of Johnny Sexton, Garry Ringrose, Kyle Sinckler, James Ryan and Billy Vunipola has puzzled many, the man leading the team is far less of a revelation.

At the age of 35, Wales’ Alun Wyn Jones will be returning to the country of his first Lions tour and becomes just the second man to represent the side in three separate decades after Dai Young.

As the oldest player in the squad, Jones’ various experiences over his long and illustrious career are obvious and he is possibly the perfect player to lead the Lions on a tour that will be like no other.

With no fans, at present, allowed to fly into South Africa to support the Lions - and movement for the squad likely to be limited - the team’s captain believes he and the other 36 players selected must make the most of the situation.

“We are probably going to have that siege mentality from the off because of the bubble and the fact we are going to have to spend a lot more time together,” Jones said.

Red letter day: How determined Chris Harris turned things around to roar like a Lion.

“There are positives. In fact, we’ll have less bases to move around, but those are the challenges you face. It is the state of the world at the minute, not just in rugby, and you have got to move forward.”

In the last week alone, the importance of a good bio-secure bubble has been highlighted by events in the Indian Premier League (IPL), where after several coronavirus cases amongst players, one of cricket's leading competitions was postponed.

Earlier this year (and in cricket again), England cut short their tour of South Africa due to concerns with the bubble they were placed in and in both of these scenarios, it seems as though there was no wiggle room to reschedule fixtures to benefit the parties involved.

Furthermore, and much like this year’s edition of the Olympics, there will be no foreign fans filling the seats of the various venues in South Africa when the Lions come to town.

As reported by the Daily Mail’s Chris Foy, tickets for the original tour dates have been cancelled and new tickets will be issued when the revised schedule and the Government’s policy on crowds has been agreed upon.

In addition to this, it was originally anticipated that 35,000 fans were set to make their way to the Southern Hemisphere, but now any hopes of thousands descending to make up the ‘Red Army’ seemed dashed.

Thus, the extended time away, as well as a relative lack of freedom, has made many question whether players would turn down the opportunity to join one of rugby’s most exclusive clubs.

Last weekend, it emerged that Ben Youngs would be one of those players, the Leicester scrum-half opting out of the tour for personal reasons, but Jones says all the players who will be representing the Lions this summer will be making the most of their opportunity.

??? Ahead of today's #Lions2021 squad announcement, we spoke to @MailSport's @willgkelleher about why Alun Wyn Jones "ticks all the boxes" when it comes to the captaincy...?https://t.co/r4YOkQxYk0 pic.twitter.com/VZf2khgPAY

“I think the appetite is there, particularly from players,” Jones said. “There is a whole host of players across the four nations that would give a limb to be involved. To be in that squad is hugely special and I am sure it won’t be wasted on the people who have the opportunity.

“Not just from the playing point of view, but the appetite of supporters. I remember in ’09 that it was said the Lions were done.

“Then you look at the last two tours and the fact that we won the series in ’13 and we had to go back to New Zealand because of the draw and again, from a players and supporters point of view, it is alive and well.

"I think particularly because there is that fanbase, realising that they are highly unlikely to be going out there, I think it’s heightened the passion more than ever.”

Embracing being written off

Thursday was also the end of what you can imagine was an extremely stressful period for Gatland. For months now, the New Zealander has traipsed across Britain and Ireland in order to eventually put together a squad capable of taking down the world champions.

Yes, the Springboks have not played since the World Cup final in 2019, but they still offer a stern challenge. The squad selection suggests that Gatland and his staff are going for power with the likes of Maro Itoje, Tadhg Beirne, Jonny Hill, Iain Henderson and Courtney Lawes all selected in tandem with their skipper Jones.

As much as the Lions are looking to assert themselves against their hosts, it seems as though Gatland and company are marrying that brute force with the technicality and natural flair of the other players. For that, you look to Hamish Watson’s work on the floor and Sam Simmonds’ explosiveness and his knack for finding the try line that has helped him onto the plane.

Memories of the brutal 2009 Lions series against South Africa was at the forefront of Warren Gatland's mind when selecting his 37-man squad for this summer. #Lions2021https://t.co/26HLUhiBgb pic.twitter.com/Ww0ple0Eyv

Then in the backs, Bundee Aki’s inclusion has come to the surprise of many, but when you look at the availability of crash-ball centre’s and Manu Tuilagi’s lack of fitness, it seems an easy solution whilst Elliot Daly’s inclusion is most likely down to him being a left-footed attacking threat with an ability to kick goals from 60 meters at altitude.

When you reflect on the build-up to any Lions tour, the constant chatter about selection (which naturally I am complicit in) doesn’t matter. It doesn’t matter for the simple reason that only one man has the unenviable task of selecting a squad.

“This is a real challenge,” Gatland said. “We are playing against the world champions again. It was the same in 2009 and I get excited by the challenge. In 2017, in New Zealand, when your local newspaper wants to have a crack at you every day and when your back is against the wall, I am one of those sorts of people who gets excited about that and comes out fighting.

“And, not that I ever pick and balance up and count the numbers of what nations they came from, there is a nice balance and mix of the four home nations as well.”