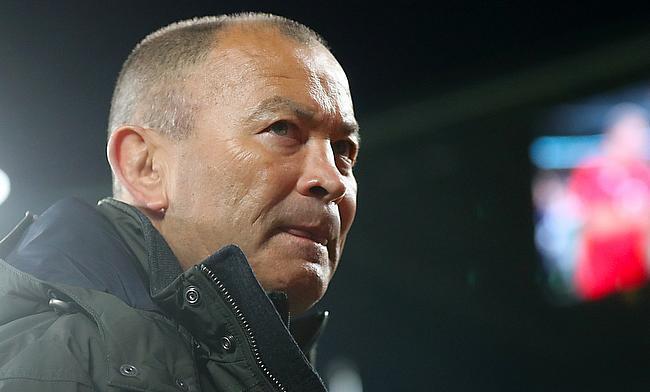 England to host USA and Canada in summer fixtures
The ‘siege mentality’ and support from afar that will guide the Lions
British & Irish Lions Squad Announcement Reaction: TRU have their say
Bold selection from Gatland highlights bruising challenge which awaits British and Irish Lions

Warren Gatland’s squad for the Lions tour of South Africa was announced last week and now England’s July series has been confirmed as well.

With 10 of Eddie Jones’ regulars selected to take on the Springboks, it seems timely to suggest several players who could gain some valuable experience with England as preparations continue for the 2023 Rugby World Cup in France.

With Mako Vunipola away, there has never seemed like a better time to give a young loosehead prop a chance. Born in Dunoon, Scotland, raised on the Isle of Man before learning his trade at Sedbergh School, capping the 20-year-old is a case of sooner rather than later.

Since getting his opportunities under Alex Sanderson, Rodd has become one of the form props in the Premiership. Despite being a ‘lesser known’ quantity, he is a force at the scrum and can be a real star for England.

Whilst injury could dash Barbeary’s chances at an England cap or two, there is a unique scenario for Jones to contend with as both of his starting hookers will be in South Africa.

However, Barbeary is something of a Swiss army knife and clearly has the ability to be a star on the international stage in a couple of different positions. You can only hope that given an opportunity against Scotland A, the USA or Canada, it could springboard the 20-year-old to become an important part of England’s next tilt at the World Cup.

As a result of Jamie George and Luke Cowan-Dickie wearing red this summer, all of a sudden Dunn is Jones’ most experienced hooker. Yes, Tom Youngs has more caps, but in terms of understanding England's systems, the Bath man fits the bill.

At the age of 28, with over 150 appearances in the Blue, Black and White, Dunn would not only be a reliable pair of hands on the pitch, but with a potential swell of youngsters in the squad, he would also be a sounding board for the players still finding their way in the game.

At the age of 19, Martin has already got an England cap to his name after coming off the bench against Ireland in the Six Nations. As Jones has three locks away with the Lions, this is the perfect opportunity for the Leicester Tiger to get some minutes under his belt.

Personally, I am keen to see Martin get some time in the second-row for England as he is very much the future in that position. One of the easier selections, I really must say.

It has only been in the past eight months or so that Ewels’ importance to England has been seen. With the form of both Maro Itoje and Jonny Hill having wavered at points across the autumn and in the Six Nations, the leadership qualities of the Bath skipper could prove vital to Jones.

Furthermore, with over 20 caps for his country to his name, the 25-year-old is set to fill the gap left by the aforementioned duo of Itoje and Hill this summer.

After speaking to Lewis Moody several months ago, Miles Reid’s name came up a lot. Let’s be fair, the reasons for that are clear because the young back-rower is magnificent in every facet of the game.

Excellent defensively, Reid would be a more than ample replacement for Tom Curry, who will no doubt be pushing for a Lions Test cap.

At 22 years of age, Reid has been one of Stuart Hooper’s most consistent performers and has played in 16 games so far this campaign for Bath.

Now for anyone that watched Harlequins’ 48-46 win over Wasps on Sunday, Smith once again proved why he is ready to step onto the international stage.

Only 22, Smith plays, speaks and conducts himself with a maturity that you would ordinarily credit to someone 10 years his senior. Playing second fiddle to George Ford this summer and finally getting some caps for his country would be to the delight of many.

As Anthony Watson is away, let’s give another London Irish Academy player the chance to shine internationally. Following the Exiles' promotion back to the Premiership in 2019, Loader was given his first opportunity in the England camp.

That culminated in an England A cap against the Barbarians and now at 22, Loader displays all the qualities required to be a Test match player. Excellent in attack and defence, playing regularly with fellow Academy products Tom Parton and Ollie Hassell-Collins has helped the wing flourish.

When I saw Steward play for Leicester, I said the 20-year-old was the answer to England’s full-back conundrum. I stand by that, even more so now that Gatland has expressed an interest in playing Elliot Daly in the midfield in South Africa for the Lions.

The battle of the airways has never been more prominent in rugby and in Steward, Jones would have a 6’5” back three player who is not only brilliant in the air, but also has an absolute cannon of a boot. Very much the perfect full-back for the modern age.