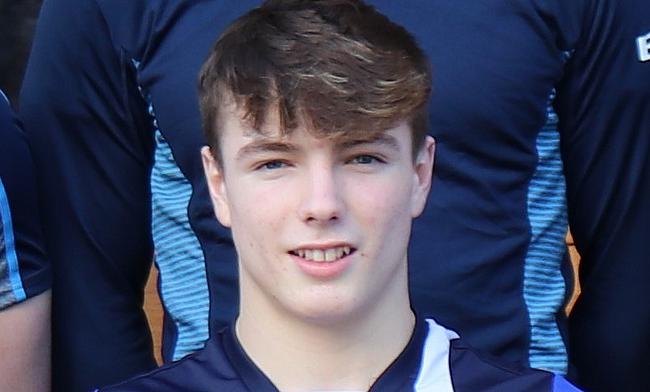 We all love the opportunity to test ourselves against top sides - Martin
Skeen is keen to run out with hometown club Berwick at Murrayfield
Inkster: 'I was shell-shocked when I got the call to play at the Melrose Sevens'
'Rugby means a lot to the town' - We explore North Berwick’s role in producing rugby stars

Jamie Dobie’s attitude and determination has been praised by Merchiston Castle School’s Director of Rugby Roddy Deans after the school pupil signed a professional contract with Glasgow Warriors.

The 17-year-old scrum-half is the first schoolboy in the whole of Scotland to sign straight into the pro game since Jamie Ritchie in 2014 - and the latter has gone on to do great things in the back-row with Edinburgh Rugby and Scotland.

Dobie has loved rugby since he first attended the Edinburgh school - which has brought through players such as Fraser Brown, Magnus Bradbury and Stafford McDowall. Dobie moved from Inverness aged 11, becoming a key part of the teams he played in through the age grades and then captaining the first XV to the Scottish Schools Cup trophy back in December.

He has also represented and skippered his country at under-16 and 18 level and his reward of a two-year professional contract running from this summer until 2021 was announced earlier this week.

And Deans told TRU: “Jamie has been one of those boys who since day one has worked extremely hard at his game and he is just a great guy to have around any team.

?? | Scotland U18 scrum-half Jamie Dobie has agreed terms on his first professional contract with Glasgow Warriors. The 17-year-old has signed a deal that will keep him at Scotstoun until at least 2021 | ????? | ?? Full story ?? https://t.co/YZVcq9PZxq pic.twitter.com/Q1heT8vJd6

“He sets himself high standards and has always been competitive - in the right way - meaning that he has always pushed himself to new levels and sets a great example to others.  The young boys all look to him as a role model.

“Jamie is also Head Boy at the school and is clever academically, so credit to him for balancing his rugby so well with his education in recent years.

“On the rugby field, he has a real point of difference in attack as he possesses blistering speed and power, he is also a mature communicator with both the forwards and backs and he understands the game very well.

“His passing accuracy off both hands has really improved and his speed of pass is very impressive for his age. This has allowed us to play with real tempo this year.

“The most pleasing thing for me has been the way that his defence has developed this season. For a scrum-half he makes consistent dominant tackles and defends with real heart. His defensive performance at Rosslyn Park Sevens had all opposition coaches commending him.

“There is still much growth in his game and he is the first to recognise this, but for one so young, he is a really exciting future player with a very humble and grounded attitude.

“In the Scottish Schools Cup final, he took complete control of the game and to lift the trophy at BT Murrayfield was a fitting way for him to sign off his school career while credit must also go to the players around him who have been involved in the same Merchiston teams as him.

“The Warriors have a great environment at Scotstoun under the watchful eye of Dave Rennie and I am excited to see how Jamie progresses and would like to wish him all the best.”

Jamie also explained how tennis was his first love, but now is focus will be on Glasgow Warriors.

“When I first joined the school, tennis was my main sport and I was part of the Tennis Academy until I was 15,” he stated.

“Then my rugby was getting a bit more serious and taking up a bit more of my time along with the academic side of things, so I decided to continue playing rugby and I have loved it.

“As a scrum-half you have quite a bit of responsibility because you can control the area of the pitch that the team are playing in while you also shape the attack to some extent.

“I like having that responsibility on my shoulders and it is a role that I take very seriously, hence why in recent years, I have really put the extra work in to be the best player that I can be.

“Playing in the Scotland under-16s a couple of years ago and the under-18s last year again showed me other parts of my game that I had to work on to get even better and I worked on those as much as I could over the summer and into this season.

“To get to BT Murrayfield and win the Cup with a group of boys I have been friends with for many years was really special and it left me heading off to this year’s Scotland under-18 matches with a spring in my step.

“I am very excited about the next step and learning with Glasgow Warriors, but I just want to say thanks to all my team mates and coaches who have made my rugby journey at Merchiston something I will never forget.”