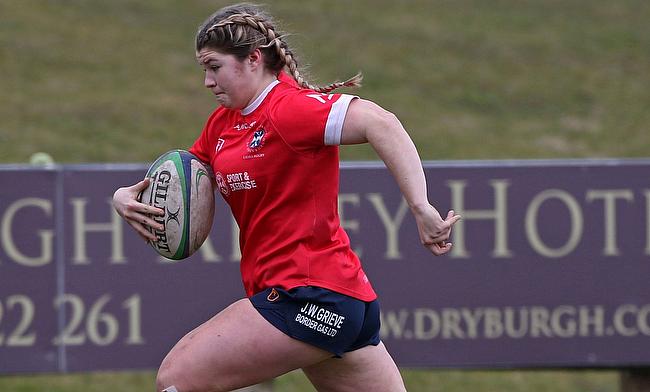 The big day of the university sevens season is here - and Elis Martin and her University of Edinburgh team mates are excited about the challenge that awaits them in Leeds.

The women from the Scottish capital travelled down to Yorkshire on Tuesday afternoon and have been training hard for the BUCS Sevens over the last two weeks.

Having won the event two years ago and then finished as runners-up last April, they are determined to do well again although they are aware that competition will be tough.

In their squad which defeated Durham in the final in 2017 was the likes of Megan Gaffney, Rhona Lloyd and Liz Musgrove.

And while they have all completed their courses and moved on, the fact that they all played for Scotland in last month’s World Series qualifier when Scott Forrest’s team were just pipped by Brazil in Hong Kong, shows that the university produce quality performers in the abbreviated game.

That is down to the hard work of coaches Claire Cruikshank and Gordon Lyon in part and they have taken a talented looking squad with them this year led by Scotland XV-a-side cap Nicola Howat.

“We are all very excited to get involved in the BUCS sevens event,” vice-captain Elis told TRU.

“Due to it being a busy time of year for everyone with exams and things coming up we don’t get a chance to play university sevens a lot, but this competition is always of a high standard and allows us to test ourselves against the universities who we normally play XVs against.

“This year we have been able to work on sevens in training as a core group for a few weeks now and I think everyone has taken inspiration from two things.

“Firstly, watching Scotland Sevens doing so well out in Hong Kong, for us to be able to turn on the live stream and see players who we have played with at the uni doing so well on that big a stage is an inspiration to us all and the style of sevens they played was brilliant.

“Secondly, we managed to play a one-off sevens tie against Durham University at the famous Melrose Sevens a few weeks ago and the crowd there was just amazing.

“It was great for some of the newer girls to the team to get a run out in front of such a big crowd and that has hopefully set us up nicely for BUCS.

“We are under no illusions as to how tough it is going to be, to win this event you have to be on the ball all day from the pool stages onwards and there will be some strong teams.”

Elis, herself. plays hooker in the XVs format and across the front-row in sevens and she admits that she loves this form of the game.

The Applied Sports Science student, 19, grew up playing the game for Hillhead/Jordanhill’s age grade team and was lucky enough to represent Scotland Sevens at under-18 level a couple of years ago.

“That was just an amazing experience while I also played for Scotland in the Schools Games in Loughborough and I really do enjoy playing sevens,” she explained.

“At the uni we are so lucky to have such good coaching and I really like learning more about sevens because the game is constantly evolving.

“I would play sevens a lot more if we had the chance too, but this BUCS tournament is always filled with good players and teams so for now that is my main focus as we want to try to come away with a good finish.”