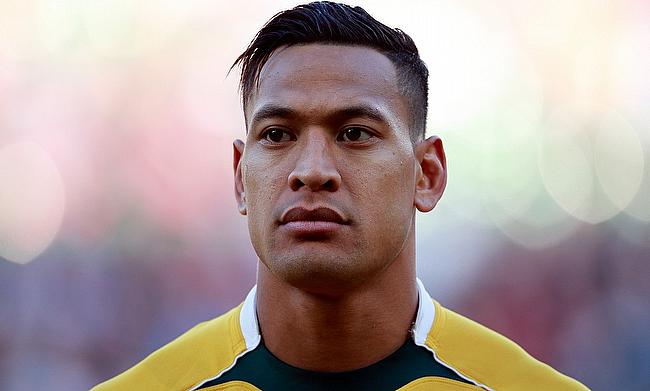 Australia full-back Israel Folau has returned to the Rugby Championship squad for the upcoming encounter against South Africa to be played in Brisbane on 8th September.

The 29-year-old played 63 minutes in the opening game against the All Blacks in Sydney before he sustained an ankle injury and was forced to miss the second round of the tournament at Eden Park.

The decision to include Folau came as a surprise as initially it was reported that the Waratahs star needed a one-month rehabilitation period and now will head into the Saturday's game as a doubtful starter against the Boks.

Meanwhile, Taniela Tupou also returns to the 31-man squad after missing the two Bledisloe Cup Tests against Steve Hansen's side due to a hamstring injury.

“I started running last week in New Zealand slowly but now I have started to go full speed. From what they have said I am doing really well," said Tupou.

“This week I’ve been comfortable and just need to do a few tests to see if I’m able to go 100 percent and be ready to play.”