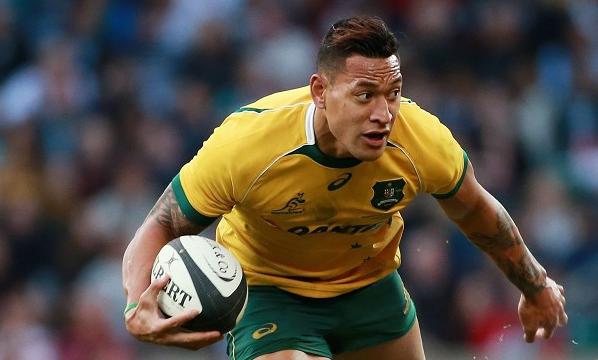 Israel Folau played 63 minutes in the game in Sydney
©PA

Australia full-back Israel Folau will miss the second round of the Rugby Championship clash against New Zealand at Eden Park following an injury.

The 29-year-old played 63 minutes in the opening game against the All Blacks before he sustained an ankle injury and was replaced by Matt Toomua.

The news on Folau's absence in the next weekend's encounter was confirmed by Australia head coach Michael Cheika.

“He got a small tear in a muscle, right down low. Quite rare, really, but it is actually not a long-term injury at all,” he said.

“It’s just a lot of swelling. We’ll be hopeful he’ll be back for the first game in Brisbane.”

Meanwhile, Cheika believes either Jack Maddocks or Tom Banks is capable of filling in the gap left by Folau as the Wallabies have the Bledisloe Cup in the line following their 13-38 defeat to New Zealand in Sydney.

“I thought he did OK out there when he went on,” Cheika said of Maddocks.

“I haven’t had a good look at it but he wouldn’t have been on the bench if we didn’t think he was ready to play.

“He got a few touches and got a try as well so, yeah, I would imagine he would be there.

“We’ve also got Tom Banks, who’s an out-and-out full-back so we’ll see where we end up.”