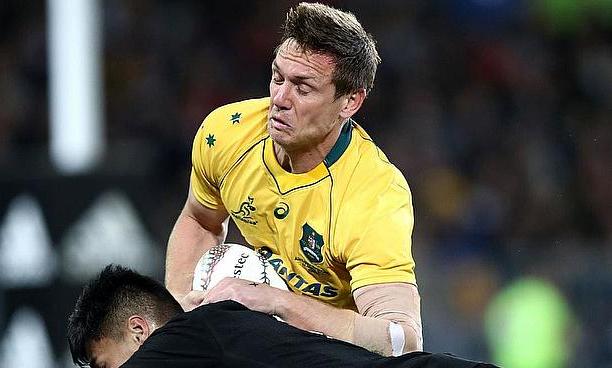 Australia international Dane Haylett-Petty has dismissed fitness concerns following their back to back defeats against New Zealand in the ongoing Rugby Championship tournament in Sydney and Auckland.

Even though the Wallabies were in competed well in both the games until the half-time they let things slip away in the second half and suffered 13-38 and 40-12 defeats at ANZ Stadium and Eden Park respectively. The defeats also meant they failed to win the Bledisloe Cup for the 16th consecutive year.

Former Australia coach Bob Dwyer hit out at Michael Cheika's side accusing them on lack of fitness but Haylett-Petty believes the issue is more of a mental battle than physical.

"It's something we need to go back over the game plan whether we could work smarter, not harder. I don't necessarily think it's a fitness thing.

"If anything, [it's] concentration, we let ourselves down and you see other teams capitalise."

Australia had endured a tough 2018 where they lost four out of the five Tests including series defeat to Ireland at home during the June series but the 29-year-old believes there is no need for a knee-jerking reaction despite the World Cup is around the corner.

"It's easy to throw the baby out with the bath water when you look at the scoreline but we actually did a lot of things right, I think," he added.

"We just got killed on turnovers and there's not a lot of teams in world rugby that will hurt you like that from your mistakes."