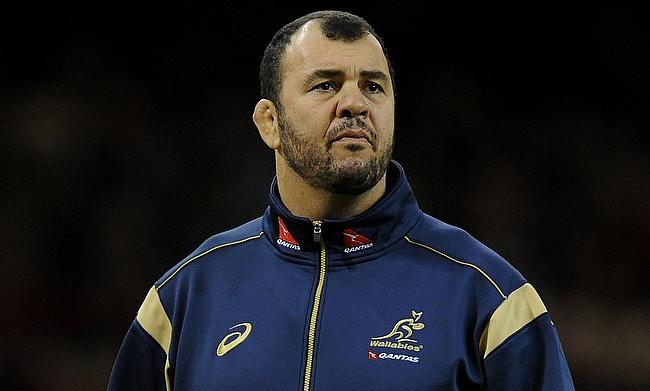 Michael Cheika had a tough 2018 until now
©PA

Rugby Australia has assured full backing for Wallabies head coach Michael Cheika despite a poor run of results this year that saw them lose both the rounds of the ongoing Rugby Championship to New Zealand.

Rugby Australia chief executive Raelene Castle stated that the 51-year-old will be in charge of the Wallabies through his contract but also added that the poor performances against New Zealand in Bledisloe Cup cannot be ignored.

Australia had endured a tough 2018 where they lost four out of the five Tests including a home series defeat against Ireland. The defeats against New Zealand in the ongoing Rugby Championship in Sydney and Auckland meant the Wallabies failed to claim the Bledisloe Cup - something they last clinched in 2002.

"He's contracted through to the World Cup," said Castle.

"But clearly, you can't just ignore the performances, they're not acceptable.

"So, it's about what can we do to support him as an organisation, to make sure he's got what he needs to make sure the Wallabies are successful as we lead into that World Cup.

"Certainly, from our perspective, the board and myself, our support's behind Michael Cheika."

While Cheika's position seems to be safe until the showpiece event in Japan, the same cannot be said about his assistant coaches especially defence coach Nathan Grey.

"There's different parts of the game we haven't performed, particularly around our defence, and that would be something that we'll be having a conversation about.

"I don't think it's about changing what we've got. It's about what can we bring.

"We've got a wide rugby community that's had significant success on the world stage.

"What can we use in those experts that are proud Australians that want to help the Wallabies, to make sure that we can continue to be successful?"

Australia will face South Africa next in the third round of the Rugby Championship in Brisbane on 8th September.