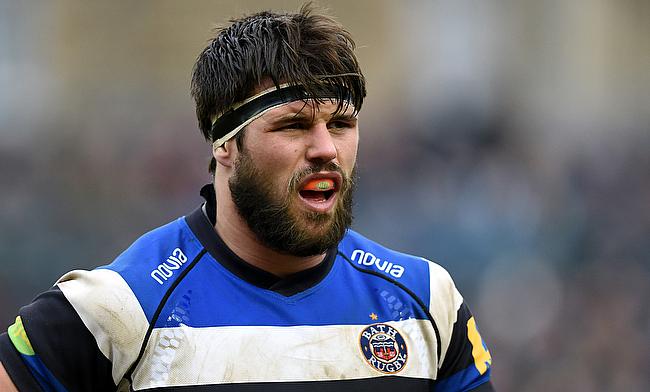 Guy Mercer has been named captain at Bath
©Press Association

Bath have confirmed seasoned flanker Guy Mercer and England fly-half George Ford as the captain and the vice-captain respectively for the upcoming season.

Mercer joined the club in 2010 and in the last six years, the 26-year-old has played 71 Aviva Premiership games.Ford, on the other hand, seemed to be visually upset at the exclusion of his father, Mike, from the coaching role of Bath but the new responsibility will reinstate his focus at the Recreation Ground based outfit.

Director of rugby at Bath Todd Blackadder hailed Mercer's contribution to the club in the last six years and is confident of him succeeding in the new role.

"Guy is a terrific player who knows Bath Rugby inside and out, which is an invaluable resource in a captain.

"He works tremendously hard both on and off the pitch and it's that work ethic, combined with his personality, which has earned him the respect of his team and the supporters.

"We're fortunate to have a strong core of leaders within the squad who will also play their part in what will be a big season for us, which is very pleasing from a coach's perspective."

Mercer, who is a product of Bath academy in 2009-10 is extremely delighted to lead the team in the upcoming season.

"This is a huge honour for me," said Mercer.

"I grew up watching Bath, so to play for them was always a huge ambition of mine, and now to have been asked to lead the players makes me incredibly proud.

"I'm really excited to be part of building the culture here at the Club, and moving forward as a group. There's a lot to look forward to, and the players can't wait to get the season started."