Jonathan Joseph and Anthony Watson to stay with Bath until 2019 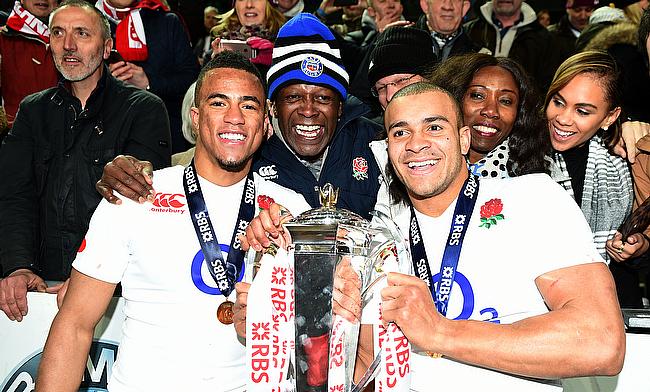 The England duo of Jonathan Joseph and Anthony Watson have penned a new three-year deal with the English Premiership club Bath.

The pair was a part of the England team under Eddie Jones which clinched the Grand Slam in the 2016 Six Nations for the first time in 13 years and also whitewashed Australia 3-0 down under.

Both, Joseph and Watson, joined Bath in 2013 from London Irish and have been an integral part of the set-up since then after making 41 and 46 appearances for the the Recreation Ground based club respectively.

Bath first-team coach Toby Booth hailed the duo's progress and is confident that their experience at the international level will have a positive effect on the club.

"Jonathan and Anthony are exceptionally talented and since gaining greater international experience, they are having much more of a positive effect on the group - on and off the pitch," said Booth.

Joseph made his England debut in 2012 and has made 25 appearances for his country scoring nine tries in it while he has also recorded 12 tries for Bath in the 41 Aviva Premiership games becoming the first choice at outside centre for club and country.

The 25-year-old believes his three-year stint with the club has helped him progress as a player.

"My game has really progressed during my three years at Bath and I definitely feel as though I've matured as a player, so I'm looking forward to progressing further over the coming years," Joseph said.

"There's a positive vibe around the club. We're all excited about the season ahead of us."

On the other hand, Watson, who has played 21 games for the England U20 team, made his debut for the senior team in November 2014 and has gone on to win 24 Test caps. Watson believes the culture at the club has been outstanding and is hoping for an improved performance in the upcoming seasons.

"I'm really settled at Bath, but know at the same time that it's the perfect environment for me to keep developing and adding to my skills and my game," Watson said.

"As a squad, we can't wait to get the season underway and build on the foundations we've laid over the last couple of seasons."