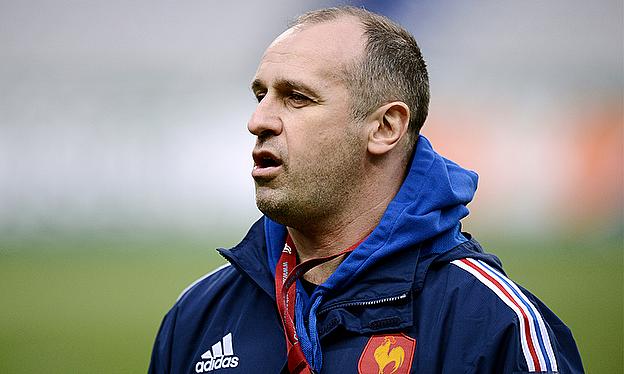 Since 2011 and the appointment of Philippe Saint-André as head coach, the French national team has had its fair share of travails.

The former Sale and Toulon coach has been lambasted for his lack of continuity in selections, as well as the inclusions of players deemed not good enough by the majority of the French media. Of course, Saint-André’s job is made all the more difficult due to the swathes of foreign stars now plying their trade in the Top 14, but if you scratch beneath the surface, an interesting question arises.

Is there a new golden generation of Les Bleus ready to burst onto the international scene?

There are a crop of young French players, headlined by Toulouse’s highly-rated flanker Yacouba Camara, ready to help restore not only French pride, but also their standing at the top of the world game.

Camara, 20, was unlucky not to tour Australia with the national team this summer, instead heading to New Zealand with the French Under-20 side, but looks set to make an impression at test level as soon as next month, with L’Equipe reporting the flanker is in Saint-André’s 30-man squad for the autumn internationals. The young flanker, surely a French captain in-the-waiting, gave one of his best performances to date in Toulouse’s 30-23 victory over Montpellier at the weekend, showing a physicality and relentless nature in defence that was more than a little reminiscent of the great Serge Betsen.

Joining Camara in the French squad is fellow back rower, Charles Ollivon, 21. The dynamic number eight, who plays for Bayonne, has a well-rounded skill set and although not in Louis Picamoles’ league just yet, already looks as if he will become a more complete player. Though the Basque club sit uncomfortably close to the bottom of the Top 14, none of that can be attributed to Ollivon, who has been arguably the club’s form player over the course of the first nine rounds of the season. Along with Camara, Ollivon breathes fresh life into a French back row that was beginning to look as if it has passed its peak.

The tight five is hardly short of talent either, but in Christopher Tolofua, France have one of the premiere front row talents in the world. Another Toulouse product, the hooker already has two caps to his name, both picked up at the tender age of 18, and now two years stronger and wiser, could become the true successor to Raphaël Ibañez’s jersey. His ability in the loose is unquestioned, whilst he has all the raw tools required to be a force at the set-piece, too, and just needs the playing time to refine his technique.

Loosehead prop Cyril Baille is another star-in-the-making to come out of Toulouse’s vaunted academy and well worth keeping an eye on after making his European debut this weekend. Neither Baille nor Tolofua is in France’s squad for the autumn internationals, but with an abundance of time on their side and growing in importance to Toulouse with each passing week, both players can afford to be patient.

The French back line is also stacked with potential stars, not least so the trio of Gaël Fickou, Brice Dulin and Teddy Thomas. Fickou’s talents are already well-known to world rugby, as are the incisive lines run by Dulin, but in Thomas they have a natural finisher who could even surpass try-scoring luminaries Cédric Heymans and Vincent Clerc if managed well. Throw into the mix Wesley Fofana and Mathieu Bastareaud, both of whom still have their best years ahead of them, and France could have a back line as potent as any in rugby, sooner rather than later.

The issue for France moving forward, as it has long been, is their half-back pairing. According to L’Equipe, South African Rory Kockott has been drafted in at scrum-half for the autumn internationals, alongside Toulon’s Sébastien Tillous-Borde, whilst France’s fly-half options will be provided by Camille Lopez and Rémi Talès. Lopez, who was superb in Clermont’s loss to Saracens at the weekend, is an enticing option not only for his own abilities, but also the chemistry he brings with club teammate Fofana at the 10-12 axis.

Unlike in the pack or the back line however, the French cupboard is considerably barer at the pivotal half-back positions, possibly a symptom of the influx of foreign stars that now permeate the Top 14. Even Toulouse and their plethora of talented French players, with whom whose prospects the national team seems entwined going forward, have resorted to Englishman Toby Flood and Kiwi Luke McAlister as their fly-halves.

It would be typically French for Saint-André and the national team to turn around their current slump in time for next year’s World Cup, but pragmatically it seems a case of too much to do in too little time. No doubt they will make their presence known next year, as French sides always do, though whether it’s for better or worse is yet to be determined.

The French talent is there for all to see in the Top 14, even with an ever-increasing number of foreign imports, but it has to be managed well if it is to achieve its undoubted potential. Saint-André is running out of excuses and he would be well-advised to search for continuity in his selections this season, lest the French Rugby Federation decide they want someone else nurturing their next and extremely talented generation.