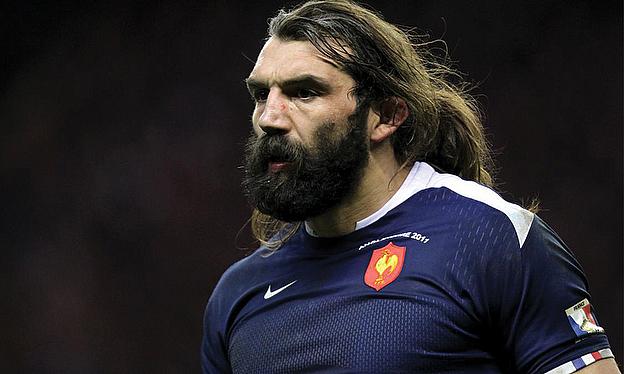 Former France back-rower Chabal admitted it would be "odd" to see Armitage turn out against England at Twickenham in either next year's Six Nations or the World Cup.

Armitage has applied for French citizenship and could become eligible for selection to Philippe Saint-Andre's squad despite holding five England caps.

Chabal admitted few Frenchmen would ever entertain the idea of representing England, but still backed Saint-Andre to select the Toulon flanker.

"You can't play for one jersey and then another one, what does that mean?" Chabal told Press Association Sport.

"When I was playing if I played for France I would never want to play for another country, not at all, because that's my country.

"I don't think players should be able to switch, but for me, if the rules allow it then we should think about it.

"I can't see many Frenchmen wanting to play for England!

"It would be strange, definitely for him and for English people, but for us not so much, because he would be in our colours.

"But I think playing in England against England; that would be odd, certainly."

England boss Stuart Lancaster staunchly upholds the policy of not selecting overseas-based players, in a bid to keep the country's top talent on home soil.

Armitage is among an extended group of potential stars who could fight for the chance to represent France, after growing increasingly frustrated with his England exile.

Les Bleus head coach Saint-Andre has transferred his pragmatic on-field approach to wider selection plans, and could easily select Armitage if given the green light.

Armitage would need to turn out in Sevens competition for France before being ruled eligible for full 15-a-side selection, a route arising thanks to the short-format's Olympics debut at Rio 2016.

International Rugby Board (IRB) bosses are determined to stop mercenary nationality changes from already-capped stars, but Armitage is still expected to make the switch.

Chabal admitted to being "anxious" about France's chances at next year's World Cup.

"I think everyone in France is anxious about where the team is, because the team haven't been performing well for the last three years," said the Mastercard Rugby World Cup 2015 ambassador.

"We don't have any idea which players we'll bring to England for the World Cup.

"We've got one year left to build the squad and perform, and it will be a tough year ahead.

"We've got talent and quality players though, and sometimes everything just clicks, you build confidence and you win games."