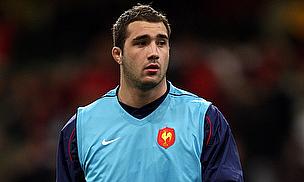 Alexandre Lapandry has been called up to the France squad
©PA

Following on from France’s 30-10 victory over Italy in Paris yesterday, les Blues have added Remi Tales and Alexandre Lapandry to their ranks.

Head coach Phillipe Saint-Andre has made just the two changes to his 30-man squad ahead of the RBS Six Nations clash with Wales on February 21.

Francois Trinh-Duc has been replaced by Castres fly-half Tales for the trip to the Millennium Stadium, while Clermont Auvergne flanker Lapandry joins the squad after Bernard Le Roux was listed as uncertain due to injury - with Geoffrey Palis missing out.

The 29-year-old Tales failed to recover from an arm injury in time for the two opening Six Nations matches after he sustained a biceps injury playing for Castres against Leinster in the Heineken Cup last month, but he returns for the trip to Wales.

Saint-Andre's men claimed the victory over Italy on Sunday to remain unbeaten - alongside Ireland - after their 26-24 opening-round win over England to sit second in the table on points difference.

Wales, who followed up their opening win over Italy with a disappointing 26-3 defeat to Ireland at the Aviva Stadium on Saturday, will be hoping to bounce back from that loss with a strong showing against France.