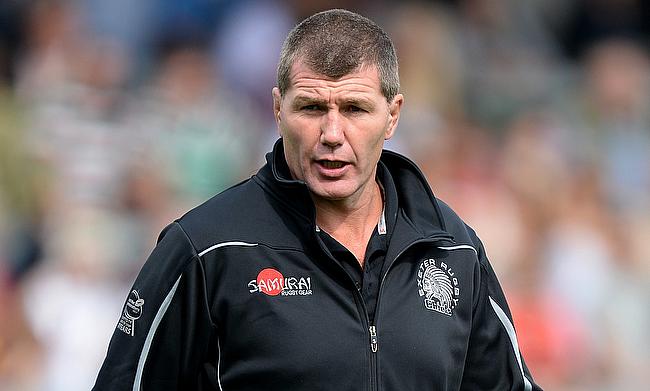 The competition owned by World 12s Limited will feature 192 of the world's best players picked via an auction process and is expected to bring an additional £250m revenue into rugby.

With the organisers confirming that the tournament will be scheduled to kick-off in August next year with a women's competition also in the pipeline from 2023.

Both World Rugby and Premiership Rugby have already issued warning over the World 12s organisers and the latest to join the list is Baxter, who feels the new competition will put the players in a difficult situation as the clubs are unlikely to release them during the pre-season considering the player welfare in mind.

"I had a bit of a wry smile to myself, shook my head and went 'here we go again' kind of thing," Baxter said.

"The biggest thing that bothers me when these proposals are thrown around, and I don't mind saying it, is player discontent.

"Straight away, from a managerial point of view, if this goes ahead what's the outcome going to be?

"It's basically going to be players put in the middle – they are going to be the jam in the sandwich again between clubs and unions.

"These people (tournament organisers) are going to offer, I am assuming, quite a lot of money to try and attract them to play, and the player is going to turn around and he is going to have to ask to be released from contractual obligations. That was the first thing I thought.

"How does it fit into any player's contract, because most of them will be under contract for 12 months of the year, and it doesn't fit into that without player release. I think there are going to be a lot of confrontational meetings and problems before I can see it even getting off the ground."