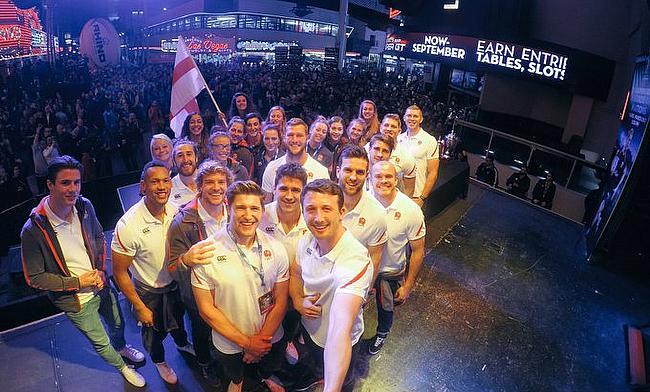 For the last six years, Alex Davis has been a professional sevens player. Leaving Loughborough at the age of 21, the 27-year-old walked straight into Simon Amor’s full-time programme and has hardly looked back since.

However last month, professional male and female players were told by the RFU that their contracts would not be renewed or terminated on the 31st of August. Less than a year out from the rescheduled Tokyo Olympics, Davis’ second shot at going to the Games has been thrown into complete uncertainty, with the player’s future up in the air.

This mass exodus has been a huge shock in response to the pandemic, with some supporters feeling that it was a very knee jerk reaciton. This decision will ultimately have a big impact on the Rugby 7s calendar, and the euro 2020 bonus shows the effect it is having outside the UK in Europe.

“Pretty daunting,” Davis said. “Scary, I guess. It is kind of a loss of identity, having known it for such a long time. Especially playing university rugby, the style of rugby there is very similar to sevens, quite a free and expansive style.

“I have been roped up in that sort of style for quite a while now and I guess when you are stripped of that, despite having already started to plan for life after rugby, that transition process was going to happen at some point, I guess such harsh and sudden circumstances weren’t really expected. It has been a really strange adjustment.”

Moving back home to Bristol, Davis and the rest of the England Sevens squad have been working hard behind the scenes to ensure some sort of future for the programme. After some weeks of deliberation, players decided to try and self-fund their own programme in order to increase their chances of making it to Japan.

This has seen players interacting with high net worth individuals, investment firms and potential sponsors. In the last week, the team have launched their social media platforms that will document their progress as next summer approaches.

“The response we have had has been super positive,” Davis said. “We launched EnglandRugbySevens a few days ago and the traffic we have received already has been pretty mental. That is all being run by ourselves as well. Regardless of whether people are offering financial support or investment, generally it is just super positive.

“Everyone wants to back us and do what they can by showing their encouragement and support to help us achieve our goal of, for one, finding some funding, but ultimately getting to the Olympics next year.

“It just shows how significant the sevens programme and England Rugby Sevens is in this country. People are passionate about it and want to get behind us and support us.”

Saturday speed session! Despite restrictions on training, we players are always seeking on ways to improve.
Faster. Fitter. Stronger.
Great to get some of the squad together with the man @Loners77 and focus on acceleration and patterning. pic.twitter.com/SJM91SV2ob

For many years, the England Sevens programme has been a way of nurturing talent, with various players returning to the 15-a-side game.

Perhaps one of the biggest success stories in recent years is Bath wing Ruaridh McConnochie, who left sevens off the back of a Sevens World Cup in San Francisco and then just a year later, was representing England the expanded format of the game.

As a result of their contracts being terminated, some of England’s sevens stars have turned to Premiership Rugby as a way of remaining professional players. Charlton Kerr and Dan Norton have signed for London Irish, whilst Ben Harris has joined Saracens.

“It has been great to see the likes of Dan Norton and Ben Harris and others turning out for clubs,” Davis said. “Dan scored the other night for London Irish and Ben scored on debut for Saracens, so that’s wicked.

“Unfortunately, that is not the case for all of us. Quite a lot of us are still seeking rugby opportunities and as a result of that, now we have had our last pay cheque, we are also having to look into other avenues of work and earnings to bring in some money, especially for the guys who have got young families and mortgages and rent to worry about.

“Those guys are having to consider how else they can earn money because it doesn’t seem like rugby sevens is going to return any time soon. Also, the Premiership clubs are a little bit reluctant to part with their money too, understandable given the circumstances so, sadly, not all of us are in the market at the moment, but we are keeping the faith and hoping that might change soon.

“The likes of Caleb Clarke or Rieko Ioane have done similar transitions for New Zealand, from sevens to 15s. I think he (Ben Harris) will be a great asset to Saracens at such a young age. They will really be able to help him develop in the sport.

“For people like him crossing over and flying the sevens flag, like Ruaridh has done at Bath and Marcus (Watson) for Wasps, it is just another one like that. At his young age, it will only do the sevens programme and the development of players some good.”

England are blessed with extra time to prepare for potential outings on the World Series. The Dubai and Cape Town legs have been called off due to Covid-19 and Davis and his teammates have not been given any clear guidance on how they will be selected for England duty when the World Series returns.

Having teamed up with the women’s squad to try and achieve their Olympic dreams, some female players have been able to find game time at Premier 15s clubs. As a result, the England Rugby Sevens players are trying to stay fit and active alongside their regular jobs.

“The RFU, despite having let us go and not renewed contracts or terminated contracts, have also said it is not so much an end, it is like a hard pause,” Davis said. “That doesn’t really help us whatsoever and they are also saying that if you want to be part of the team for the Olympics next year, then we need to be playing rugby and need to be getting out there for them. For us, it is quite a frustrating message to hear because from our perspective, it is not that straightforward for us to just go out and get clubs.

“The women are really fortunate they have been able to find clubs in the 15-a-side game. It is brilliant to see them getting some rugby and starting that movement, but it is not so straightforward for the men. We are focusing on, and I know it is a cliché, but what we can. Although it is expected of us to come back fit, it is more about damage limitation and to try and be in the best spot possible for whenever sevens does return.

“It is quite a confusing one and it is quite a difficult one. We want to keep what we are proud of in the sevens programme, our united front, our family relationship. At the same time, it is like every man for themselves in terms of trying to go out and find contracts.

“We are sticking close, checking in on one another, having conversations, making sure people are doing okay. At the same time, you are separated, with different training methods, responsibilities and the future isn’t clear.”

What this period has shown is how people thrive in adversity. None of this playing group have commercial experience and are now in negotiations with serious business’ and business people. There is no doubt that this will help them in both the short and long-term.

In the coming days, the players will be launching a crowdfunding page as they get the ball rolling on the new venture, with more in the works as the run to Tokyo continues.