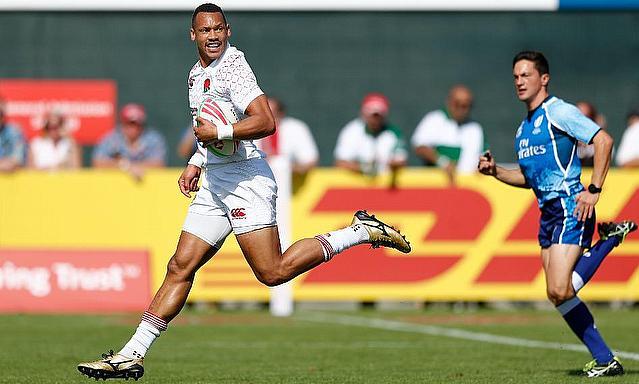 Exclusive: Sydney Gregson on why her goals haven’t changed
Ryan Grant: Scottish forwards certainly have what it takes to push for Lions spots
Exclusive: Richard de Carpentier - It feels like the only people not supporting us are the RFU
McMillan lays down the 'law' as she targets more caps for Scotland

Who is Dan Norton? Well, he’s an Olympic silver medallist, a Commonwealth bronze medallist and the top try scorer in sevens history. An introduction is hardly needed.

Now 32, Norton should have just finished his second Olympic Games but due to Covid-19, one of the stars of the sport - along with the rest of his England Sevens teammates - are faced with the reality that being in a full-time sevens environment is no longer going to be their future.

Luckily for a player of Norton’s pedigree, finding a 15-a-side club was easy enough and the former Gloucester and Birmingham Moseley man is preparing to carry on playing rugby. With less than a year until the rescheduled Tokyo Games, Norton believes that he wouldn’t forgive himself in the future if he still didn’t aim for a second spot in the Team GB squad.

“I think, if I look back in 10 years time, I would be frustrated with myself if I didn’t give myself a chance,” Norton said. “To play in any Olympics, any one off tournament is special, so I don’t think I would want to and with everything that has happened, I still don’t think it is worth the short term loss of turning my back on sevens.

“I am trying to find a way of pivoting around it and moving forwards. I am training with a 15’s club, I am looking to try and ensure something there for the short-term future. From there, it is assessing where I am at.”

It was two weeks ago that England’s Sevens players found out that at the end of August their contracts would not be renewed. Whilst England have never won a World Series title, the side formed the backbone of Team GB’s silver medal winning team at the 2016 games, with Norton himself influential in Rio.

England were set to be a major part of Great Britain's second attempt for a medal at the Olympics as Simon Amor’s side secured Team GB's place at the Games by winning a Rugby Europe qualifier in Colomiers. In that game, Norton was hugely important and Amor was selected to lead Team GB once more.

.@sydneygregson has been a professional sevens player for just over a year.

She spoke to TRU about recent cuts to the England Sevens programme and why her goals have not changed.https://t.co/ddO8rh9PqM pic.twitter.com/qPfPwxnJmH

Right now, the players are trying to source their own funding for the England programme. Rich de Carpentier told TRU that the group of players were looking at UK Sport to provide some sort of support, even if it were just until the end of the 2021 Olympics in Tokyo.

“We had been together for three, four, five years, some guys coming through. We had a real stable base. At an Olympic Games there is always an opportunity and always that mindset at any tournament that you play in, that you want to win. For us, the gold medal outlook has always been there and that has probably been the most frustrating thing. Being so close but so far at the same time.”

For Norton and so many of his long-term teammates, it was probably the last chance for them to achieve their Olympic ambitions. By the time Paris 2024 rolls around, Norton will be 36 along with Phil Burgess whilst captain Tom Mitchell will be a year younger. In many way, it was the last hurrah, the ‘Last Dance’ before an entirely new generation of sevens stars come to the fore.

What has been clear in recent weeks is that the players are sticking together. Their dreams remain the same, but there is more adversity than anyone could have imagined just a few months ago. Looking for their own funding is far from ordinary for professional players, but in this case, it is evidence of a united front.

“As much as it is frustrating, it is now trying to find a way to move forwards,” Norton said. “The aim for us is to try and create investment opportunities within the team and see if we can help facilitate and support that.

“Our goals and aspirations are still to try and get to the Olympics and give ourselves the opportunity to get there. I have to find an opportunity for myself to support my family, same with all the boys and try to move forward. If sevens is still available and there is opportunities for the Olympics next year, then yeah, I want to do as much as I can to put myself in the best position.

“If that doesn’t happen, then we have had an amazing opportunity and sevens has been great for my development, but at the same time this is about trying to provide and support my family.”