England expecting a battle of the airways in Dublin 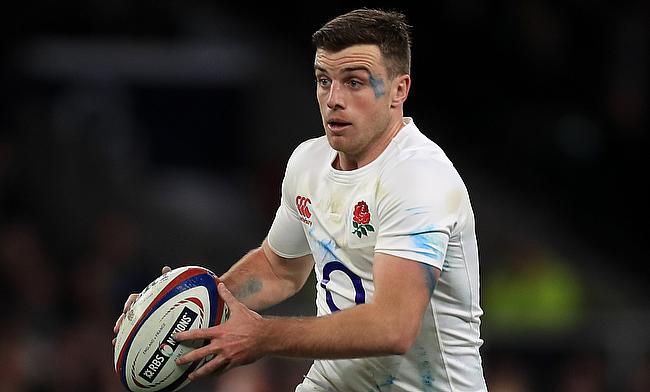 Wayne Pivac has got the Wales machine rolling towards the 'ultimate prize'
Johnny Sexton: Ireland will need their ‘best performance of the season’ to get past England
Postponed France-Scotland Six Nations game set to be played on 26th March
CJ Stander moves to blindside for Ireland against England

After announcing his England team to take on Ireland in both teams’ Six Nations finale, Eddie Jones laid bare what he expected from Andy Farrell’s team tomorrow afternoon.

Expecting a competitive ‘aerial battle’ at the Aviva Stadium, the squad selection of the Englishman at the helm of the Irish supported this greatly. Picking Conor Murray at scrum-half and then Johnny Sexton at fly-half, those two alone are more than capable of putting contestable kicks through for England to contend with.

“It is the characteristic that exist within the opposition,” John Mitchell said. “They have picked Murray who is excellent with his box-kicking and they have shown a tendency, on advantage, to go to the air as well.

“So, we are under no illusions as to what to expect, it is just a matter of making sure that you pin your possession and look to attack in other ways.

“It is the responsibility of everyone in today’s game to be urgent over the ball and clearly, Ireland will rely on crumbs, which can come from the aerial contest, so that is probably the area where everyone has to be most alert.”

Even in defence, Farrell’s back three selections give England further headaches, the likes of Hugo Keenan, Jacob Stockdale and Keith Earls all proficient under the high ball and each of those aforementioned players have also plied their trade at full-back at both domestic and international level.

Much the same can be said about England’s backline, in particular Elliot Daly, Anthony Watson and Jonny May each having done so on the international stage for some time.

"If we can put in our best performance of the season, we’ll test them."

Perhaps the biggest question mark surrounds the new full-back, Max Malins. Joining Bristol on loan during the first lockdown period this time last year, under Pat Lam the 24-year-old has spent the majority of his time in the 15 shirt and largely impressed.

Winning his first cap for England last Autumn, the former Old Albanian man has been ever-present in the matchday 23’s up to this point.

Getting his first start last weekend against France, he largely impressed in a game that will be played in a much different manner this Saturday afternoon.

“Ireland like to get territory through their kicking game and getting ball back with contested balls and stuff, so we are expecting a big battle on that front.

“They have obviously got some great players, some great wingers who get after the ball, get in the air, try and make it a fight in the air. There is definitely a threat there and it is going to be up to us to diffuse that.”

After the France game, everyone praised England for their different style of attack, Eddie Jones’ team very much matching up with Frances no holds barred approach to playing the game.

However, it must be said that it shouldn’t be expected for much of the same tomorrow afternoon. Instead, England will revert back to their game plan which consists of kicking the ball for territory and trying to pen opponents in their own 22 and put more and more pressure on them.

?? "That rat poison gets into players heads and we try to keep it out of their head..."

After announcing his final squad of the 2021 @SixNationsRugby, Eddie Jones spoke about Elliot Daly, Paolo Odogwu and more ahead of their clash with Ireland?? https://t.co/sGorm7vHGW pic.twitter.com/HsmOL8NUUz

Of course, to do this England must have a dominant pack, capable of putting pressure on their opposite numbers at any given opportunity, but whilst that clearly remains the case, George Ford is again quick to dispel the notion that England will choose to kick first, wanting to try and play the game first and foremost.

“Even in the Autumn, my first thought is to run,” Ford said. “It is quite hard to explain. It is the feel of the game, where you have the ball maybe in and around the halfway line for example and the feeling is, are you going to go somewhere? Have you got momentum? Are you going to be able to beak this team down with the ball in hand? Or is the feel that they are defensively getting a little bit on top?

“So, before it gets to the stage of a penalty, for example, or an error that leads to a great attacking opportunity for them, it is the feel of, ‘right, let’s kick the ball’ and it is an attacking kick more often than not, to put pressure on them, to try and get the ball back in a better position to then attack again.

“The key is at the minute, at the very, very top level, at test level, is doing it at the right times and having the balance of the game. I saw some stats from last week’s game, everyone was talking about our attack with ball in hand and our mindset.

“We probably kicked the ball further and just as many times as we did in the last three or four games, which shows just because we had some good moments with ball in hand, people tend to think about how we got there and it is always a balance. Always a balance.”