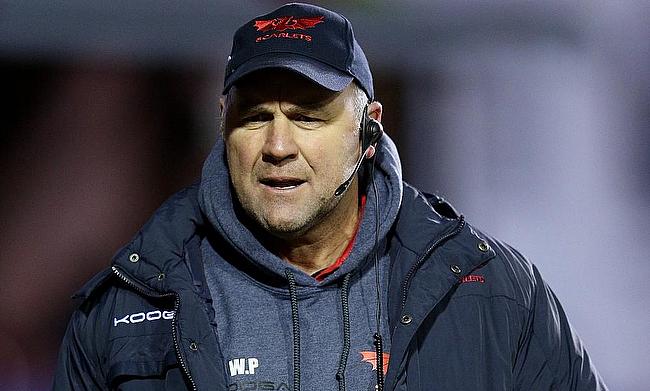 Adam Beard returns for Wales against France
France name unchanged side for Wales encounter
Josh Navidi is back and he is aiming for Grand Slam glory with Wales
Match Centre: Italy 7-48 Wales

After a challenging first 12 months in the job, Wayne Pivac is 80 minutes away from reaping the biggest of rewards.

There may well have been days throughout last year where the Wales head coach felt the pressures of international rugby slowing being ramped up, especially after a disappointing Six Nations campaign and an underwhelming Autumn Nations Cup.

But despite below-par results and performances in 2020, Pivac has created a formula that has Wales fizzing again.

Stepping into the shoes of Warren Gatland was never going to be a straightforward assignment, and whilst almost all of Wales’s starting XV for this weekend's Grand Slam shot against France flourished under Pivac’s predecessor, there is still a sense of a new dawn.

In the autumn, Pivac opted to assess Wales’ strength in depth in light of a few key injuries and that approach did not generate any much-needed momentum.

With poor results came the inevitable scrutiny, but Pivac stuck to his guns and his methods now leave the national side on the brink of Six Nations glory.

“This group of coaches have kept believing in what we were doing, and the players also,” Pivac said. "Criticism goes with the territory. The same thing happened with the Scarlets and as coaches, you draw from experiences.

“It took me a while to get that machine rolling, and ultimately we had some success. People will always have their opinions and rightly so. They support the team and put a lot of faith in what we do. If things don’t go well, questions get asked.

The tables have certainly turned for Pivac. If their victories against Ireland and Scotland at the beginning of the Six Nations had not fallen their way, would the win against England have followed?

This, of course, is all hypothetical and whilst Pivac will be entering new territory on the international stage this weekend, preparing for a huge fixture is nothing new to him.

Having moved to Wales in 2014, Pivac took charge of the Scarlets and in his first two years of his tenure, the club had to settle for midtable finishes as his style of play failed to spark into life.

It wasn’t until 2016-17 when Pivac ‘got the machine rolling’ at Parc y Scarlets as he guided the Llanelli outfit to their first league title in 13 years.

That experience may hold the Wales boss in good stead as he prepares for a ‘final’ of sorts in Paris this weekend and he will be able to turn to the likes of Liam Williams, Gareth Davies and Jonathan Davies, who were part of Pivac’s class of 2017.

In truth, Wales’ wealth of knowledge across the park will only add to their arsenal when they visit the French capital. Fourteen of the 15 players named in the starting line-up by Pivac have tasted Grand Slam success before and they will field their most experienced XV in their history.

Alun Wyn Jones will equal Richie McCaw’s caps total of 148 when he steps out at the Stade de France and Pivac revealed how former glories could help fuel Wales’ fire.

“Everybody is excited,” he added. “You have seven weeks to get here and now we can openly talk about what’s at stake.

?There is a lot of experience to call on in these situations, which is a good place to be?

"We’re very lucky that, in our changing room, we’re going to have 14 of the starting 15 having won a Grand Slam before. There are plenty on the bench and in the management that have also done it. There is a lot of experience to call on in these situations, which is a good place to be.

“There are a lot of little conversations which go on between coaches and players and little groups within the team. Certainly, those conversations have taken place. No matter what level of the game you are at when you have got senior players, they are guys you want to get that input from all the time because it gives confidence across the whole group.

“Alun Wyn talked about Saturday being when we need to bring all the mental energy and be right physically. When he does talk in these situations, everyone listens. This week is about making sure the boys have a full tank of gas on Saturday.”

Following their comprehensive victory over Italy, Wales have made one change to their starting XV for this weekend, with second-row Adam Beard getting the nod ahead of Cory Hill.

In terms of the 80 minutes, the rhythm and sharpness which Pivac’s men displayed in Rome last time out will have to be on show again against a French team full of flair.

Fabien Galthie has made no changes to his side which were beaten by England and with scrum-half Antonie Dupont at the helm, Pivac admitted Wales need to be firing on all cylinders if they are to secure the ‘ultimate prize.’

“We are in a pretty good space, but we are not the finished article,’ said Pivac.

“We know France are a very good side and if you look at the improvements we have made, you’ve just got to look at the French team since the World Cup. They’ve done a fantastic job. Dupont is world-class.

“We are four from four to date but know this weekend will be a great challenge against a very good French side, but we are looking forward to it. We know we need to step up from our previous performances and we want to end the tournament with a performance we know we are capable of.

“Coming up to seven years [since Pivac moved to Wales], you understand what it means to the country.

‘I noticed walking around the golf course here at our hotel, the amount of people that were saying good luck for the weekend, they are very supportive. That changes very quickly, from the autumn to now!

“To understand what it can do to people, we will certainly give it our best shot to try to get the ultimate prize.”