CJ Stander moves to blindside for Ireland against England 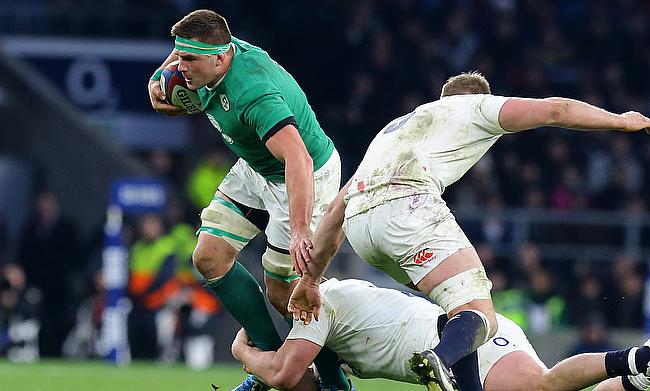 Ireland head coach Andy Farrell has made six changes to the starting line-up for the final round of Six Nations clash against England to be played at Aviva Stadium this weekend.

CJ Stander, who announced he will retire from professional rugby at the end of the season will play his final game for Ireland and has been moved to blindside with Jack Conan taking the number eight position. With Will Connors is sidelined with a knee injury, Josh van der Flier starts at openside.

Dave Kilcoyne has been drafted into the front row joining Rob Herring and Tadhg Furlong with Cian Healy dropping to the bench while Iain Henderson is joined by Tadhg Beirne in second row replacing the injured James Ryan.

Jonathan Sexton will continue to lead the side forming half-back partnership with Conor Murray, who returns to the starting line-up replacing Josh van der Flier. Injury to Garry Ringrose sees Robbie Henshaw making a switch from inside centre to outside with Bundee Aki donning the number 12 jersey.

Keith Earls is retained at right wing and Hugo Keenan at fullback while Jacob Stockdale comes at left wing in the place of James Lowe.

Ireland currently are at second place in the Six Nations table after managing two wins from four matches.