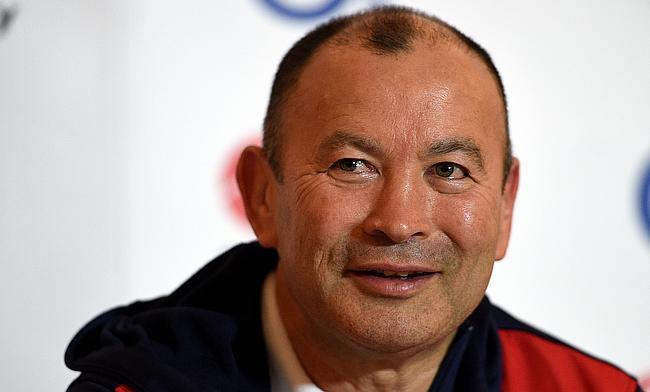 As ever with the opening round of the Six Nations, the first squad announcements of the tournament set the pulses racing.

For England as the reigning champions, there is added interest in how they will set out their stall for the championships and Eddie Jones has selected a strong team for their clash against Scotland.

Jones’ key decisions have been made in the backs, with Owen Farrell taking on the mantel of fly-half alongside his commitments as captain. Often shipped to inside centre to play outside George Ford, he is partnered in midfield by Worcester’s Ollie Lawrence and Exeter’s Henry Slade.

“Well, George and Owen, both of them are massively important players for us,” Jones said. “Owen is obviously the captain and the goal kicker and what we try to do is find the right balance.

“Then, Ollie, he is a bit of a project player for us. He has been given huge rep’s at Worcester where in 42 games he has won four. He has got a long way to go in terms of his development. He is a player full of potential and what we want to see now is that talent coming out consistently and he has got the opportunity on Saturday to do that.”

???How do we think the Saracens players will cope not having played since December?

Out of the five Sarries players selected for England, only one has played rugby since December.@joeharvey34 believes that the players could be refreshed??https://t.co/AIhIGp7PuR pic.twitter.com/9tLujR0wP6

There is no doubt that this is a powerful and potentially dominant midfield trio, capable of overpowering their opposite numbers in blue jerseys. In the pack, Jones is without the experience of Mako Vunipola, Sam Underhill, Kyle Sinckler, Joe Launchbury and Joe Marler for varying reasons, offering Jonny Hill a chance in the second-row whilst Mark Wilson is in at blindside.

Will Stuart will be getting a rare chance to start at tighthead also, whilst Ellis Genge gets a similarly infrequent shot in the number one shirt. On the bench, Bath’s Beno Obano is due to make his England debut, three years on from the first time he was called up to take part in a training camp with the national side.

After missing out on the Autumn internationals due to injury, Courtney Lawes will be coming off the bench to add to his 85 caps. Exeter tighthead Harry Williams is also due to receive his 19th cap nearly 19 months after earning his last against Wales.

Added to this, there is still uncertainty around how England's Saracens contingent will fare, with Elliot Daly, Jamie George, Owen Farrell and Maro Itoje having not played rugby at all since the Autumn Nations Cup final against France.

The only Saracens player to have represented their club following the enforced relegation was Billy Vunipola, who played the full 80 minutes against Ealing Trailfinders in a pre-season friendly that was won by their Championship rivals 27-26.

Throughout the autumn, Jones, his players and staff were adamant that they were still developing their new attack system. That messaging hasn't changed so far this year with England captain Farrell saying that the group is constantly working on the way they play.

“We are working on everything,” Farrell said. “Obviously attack comes into that and we want to perform the best that we can and hopefully that is in attack. We want to do the right thing at the time we want to play what is in front of us, we want to take opportunities.

“Attack comes down to a lot of things, not just how you keep hold of the ball or move the ball well. Attack comes down to many moving parts and all the game is interlinked, so we need to make sure that while we’re still trying to progress, that we focus on the basics of the game, which is going to allow us the opportunity to hopefully be able to attack.”

"I realised we’d witnessed one of the greatest Calcutta Cup matches ever.”

As England and Scotland prepare to renew their rivalry, some of the supporters who were present at Twickenham for *that* 38-38 draw in 2019 have shared their memories with TRU.https://t.co/EwxfRrrZ2O pic.twitter.com/YOs91mWX2F

Playing Scotland for the 150th occasion on Saturday at Twickenham, it is a fixture that has produced mixed results for England in the recent past. In 2018, Scotland stunned Jones' men at Murrayfield to beat them for the first time in 10 years, and the following year, the Scots overturned a 31-point deficit at Twickenham to lead by seven points before a last-minute George Ford try and conversion meant the result was a draw.

“We don’t need any extra motivation,” Jones said. “Our players love playing rugby and we have got this enormous opportunity to play rugby when things are so tough in society. They love playing for England. When you consider that most of the club rugby in England, all of the club rugby in England, is not being played at the moment and these boys came from those clubs, those community clubs, the opportunity to play for England is motivation enough.

“Being part of the 150th game is special because you get to write your name in the record book because there is only one team that is ever going to do it and that is the team on Saturday.

Scotland are looking for a first win at Twickenham since 1983 and have handed a debut to former England U20 international Cameron Redpath, the former Sale Sharks man partnering Finn Russell and Chris Harris in the midfield.

Having been a part of one of Jones’ England squads in 2018, Redpath is following in the footsteps of his father, Bryan, who gained 60 caps for Scotland. Still aged just 21, his selection means that he will be coming face to face with Ollie Lawrence, who he played alongside at England age-grade level.

??? "He broke the hearts of many backlines"

That was while he was playing for @sedberghsport, now @Scotlandteam will hope @camredpath can do the same to England on his international debut this weekend - more via my recent piece from @TalkRugbyUnion https://t.co/bHHXMvATWJ

George Turner starts at hooker for Scotland due to Stuart McInally being injured, whilst Newcastle’s Gary Graham is on the bench as Matt Fagerson begins the game at number eight.

Graham is part of a group of England-based players that represented their club sides last weekend. He scored a try in Newcastle Falcons’ loss away to London Irish, whilst Redpath appeared from the bench for Bath. Both Jonny Gray and Stuart Hogg played a part in Exeter’s 21-17 win over Worcester.

Gregor Townsend’s Scotland are coming up against an England team who had a successful 2020. Winning not only the Six Nations but also the Autumn Nations Cup, Jones' side came under fire at the end of last year for playing an unexciting brand of rugby and kicking their opposition to submission.