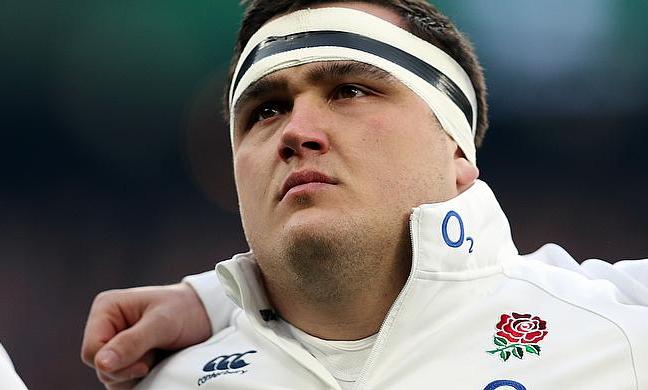 Jamie George made his England debut in 2016
©PA

Billy Vunipola: Everybody want to be on that Lions tour
Can some of England’s Red Roses target double glory in 2021?
Seb Nagle-Taylor Exclusive: 'I didn’t even know professional rugby was a pathway'
Who will win the Rugby World Cup in 2023?

When fans last saw Jamie George, he was being replaced by Luke Cowan-Dickie in the Autumn Nations Cup final.

Leaving the field in the 66th minute, Cowan-Dickie would score the try that allowed Owen Farrell to tie the game. It took a further 15 minutes for England to score a sudden death penalty that would name them champions of the competition.

Since then, George hasn’t been part of a matchday squad. With Saracens relegated, the club’s England internationals were given the option of going straight back into full training or taking some time off to recover after the autumn tests.

Out of the England contingent at Saracens, only Billy Vunipola would go back to full training and the only England international to play in the club’s 27-26 loss at the hands of Ealing in the Trailfinders Challenge Cup.

Given tailored strength and conditioning programme’s by Saracens Head of Performance Phil Morrow, George said he was grateful for the time off as it has allowed him to refresh and prepare himself for Test match rugby, something he might not have had the opportunity to do if Saracens were still in the Premiership.

“I think we are really fortunate to be in this position,” George said. “I think it has been great for our bodies to rest up a little bit, but also we have been able, sort of mid-season, to have a proper full-blown pre0season and we have been able to tailor that to Test rugby, whereas before you would head back to the club.

“Obviously, the goals are slightly different when you are playing club rugby to international rugby, so on that side of things, it has been great. A few of the guys had knocks during the autumn and being able to look after those and get some loading in on that has been great, but also being able to switch off from the game mentally.

Yesterday, Billy Vunipola discussed his motivation to make the British & Irish Lions squad this summer and George is likely to share that objective with his club teammate. Having made his first start for the Lions, having only ever worn the 16 shirt for England before that point, a second Lions tour is certainly on the horizon for the Saracen having become one of the most important cogs in Eddie Jones’ machine.

Of course, for any of the players hoping to get their hands on a red jersey, performing well for their country in the Six Nations is generally a good place to start. With Scotland first up for England next Saturday, all of Eddie Jones' players in the 28-man squad will have been in camp for the best part of 10 days.

Scotland internationals Jonny Gray, Stuart Hogg, Cameron Redpath and Gary Graham have had to return to the Gallagher Premiership in order to represent their club sides. For England, they have roughly two days longer together, getting used to the new names in camp and developing the style that the team wants to play.

“It is great for us to be here,” George said. “That two-week run into an international game, you have really got to make the most of it. We’ll have 10 days together before the game and I think that is a massive advantage.

“Usually, you have a week in the lead up to an international and trying to get everyone together and trying to install the culture and the sort of team that we want to be is always quite rushed in that period.

“So being able to be together in camp, so tightknit, it is a massive advantage. If Scotland don’t have those guys there, then maybe they might be at a slight disadvantage, but I am sure they will be making the most of their time together.”

Looking to win their fourth Six Nations Championship since 2016, England have made a habit of success in this competition. Despite this, George says his feelings are much the same every year when preparing for the tournament.

“Whenever we come to camp, whether it is the autumn or for the Six Nations, there is that level of excitement that is always there, but also the buzz around the place that maybe there is a slight difference when it is the Six Nations because it means so much to us, we have so much history there,” George said.

“The feeling in camp is always the same, excitement, those pre-camp nerves, getting them out of the way in the first couple of days, getting the first few sessions done. These first few days we have had here at St George’s Park are great for us to merge as a team and gel and get used to each other as quickly as we can and then the excitement starts to build, leading into the start of the Test week next week.”