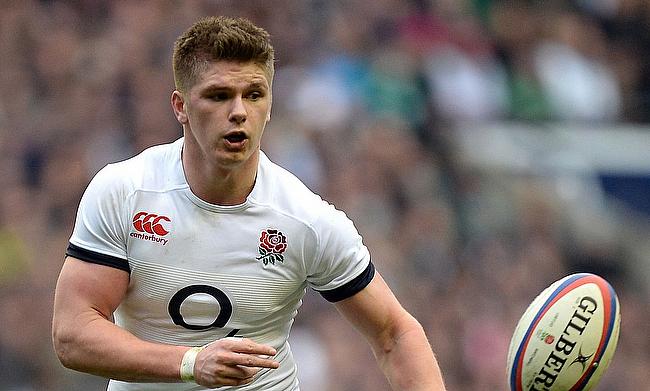 Owen Farrell will start at fly-half for England
©PA

Worcester Warriors centre Ollie Lawrence will make his first Six Nations start for England when they take on Scotland in the tournament opener on Saturday.

Lawrence has played three Tests for the red rose team during the end of the year internationals last year and will be slotted at inside centre forming midfield partnership with Henry Slade at outside.

Owen Farrell will captain the side and will take the fly-half role with George Ford among the replacements while Elliot Daly positioned at fullback. Anthony Watson and Jonny May are at right and left wings respectively.

The front-row sees Will Stuart at tighthead prop and Ellis Genge at loosehead with Jamie George donning the number two jersey. Maro Itoje and Jonny Hill form second row partnership with the back row comprising of Billy Vunipola, Tom Curry and Mark Wilson.

Beno Obano could make his England debut from the bench that also has Courtney Lawes returning from injury along with Luke Cowan-Dickie, Ben Earl, Ford, Max Malins, Dan Robson and Harry Williams.

“We’re really looking forward to this game and getting the Six Nations back underway. It’s even more special to be taking part in a 150th anniversary game, it will be a good occasion," said England coach Eddie Jones.

“It was difficult to pick the 23 players. We’ve had a really good week of training, it’s been very competitive but I’ve gone with what I feel is the strongest 23 for this week.

“The Six Nations is a short tournament, it’s a real sprint so we’ll need to be on the front foot straight away. We know Scotland will be raring to go – but so will we.”