Billy Vunipola: Everybody want to be on that Lions tour 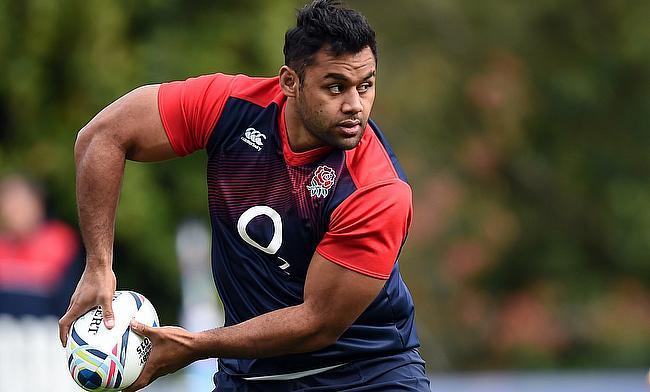 Billy Vunipola made his England debut in 2013
©PA

Can some of England’s Red Roses target double glory in 2021?
Seb Nagle-Taylor Exclusive: 'I didn’t even know professional rugby was a pathway'
Who will win the Rugby World Cup in 2023?
Nate Ebner: Rugby international and Super Bowl Champion

Billy Vunipola was the only England international to take to the field when Saracens fell short to Ealing Trailfinders two weekends ago.

In front of England’s Head Coach Eddie Jones, the number eight played the full 80 minutes and was heralded as ‘outstanding’ by his Director of Rugby, Mark McCall. With the rest of his club teammates focusing on individual training programmes, it was the first time that the 28-year-old had played in five weeks.

Having also played every minute of England’s Autumn campaign, the former Wasp is part of a highly competitive back-row group in the international camp. This time last year, Vunipola was injured and watched as Tom Curry and Ben Earl trialled as replacements in his position at the base of the scrum.

England's back-row will be without Sam Underhill's experience, who has had to drop out of the squad due to injury, with Wasps’ Jack Willis taking his place. Newcastle’s Mark Wilson is also back in the fold following a run of good performances, with Courtney Lawes and Maro Itoje having played on the blindside on numerous occasions.

“We are all pushing for those three spots (in the starting XV) so we always have healthy competitions," Vunipola said. "Whether that be in the gym or on the pitch, we are always trying to help each other become better players and that is what I enjoy about the group we have got.

“We have got our own particular leader in Mitch (John Mitchell), who is very relaxed, but very detailed, very analytical and probably in the same vein as Eddie, who watches a lot of rugby, and will always feedback to you what you could improve and we have got a good little group.”

Billy Vunipola played 80 minutes as Saracens were beaten 27-26 on their return to action.

Standing out from the crowd will have extra meaning this year. Whilst the British & Irish Lions tour to South Africa is up in the air due to the ensuing global pandemic, being the cream of the crop amongst an array of high-quality back-row talent across the Six Nations will increase the chances of being selected for Warren Gatland’s touring squad.

Four years ago, after England won their second Six Nations in two years, plenty of the nation’s stars were called up for Lions duties in New Zealand and Vunipola was amongst them.

However, he and scrum-half Ben Youngs wouldn’t set foot on Kiwi soil. For Youngs, he opted to stay at home following his sister-in-law’s terminal cancer diagnosis, which she has since made a full recovery from, whilst for Vunipola, it was as a result of a shoulder injury.

It was a setback that he had been managing for much of that year and Vunipola then took the difficult decision to step away from what could potentially be a once in a lifetime opportunity to ensure the long-term continuance of his career. Now, with the Lions in the horizon again, Vunipola isn’t shying away from the fact that this year he doesn’t want to miss out.

“I think a lot of people are probably, and I said this four years ago, afraid of saying ‘I want to go on the Lions tour’,” Vunipola said. “But that is one of my goals throughout this Six Nations, to put myself in that shop window, that I can perform at that highest level.

“I know there is no crowds, but (Warren) Gatland holds a lot of weight in playing well for your country, but also playing well away from home, so you know Scotland are going to come here and give it their best shot and we know we have to be ready for this game because we all want to be on that plane.

England's "Duracell Bunnies" of Curry and Underhill, as well as Billy Vunipola, have been impressive during the Autumn Nations Cup but there is still a plethora of back-row talent waiting in the wings...@_ElizabethC99_ takes a look for TRU...https://t.co/UWnroAGrzu

“Obviously, the game next week is massive, but everyone wants to be on the Lions tour and we are no different. We know that to get one over on a team away from home is massive in putting your foot forward, so we have got to be ready and prepared to bulldoze teams and not just sit back.”

Last year at Murrayfield, England regained the Calcutta Cup and next weekend's clash will be the first fixture between the sides at Twickenham since the thrilling 38-all draw in 2019.

Without Vunipola in the squad last season, and in stormy conditions in the Scottish capital, England ground out a 13-6 victory. With the two teams facing off in their opening fixtures of their respective Six Nations campaign, it is set to be a sure-fire way to get the pulses racing.