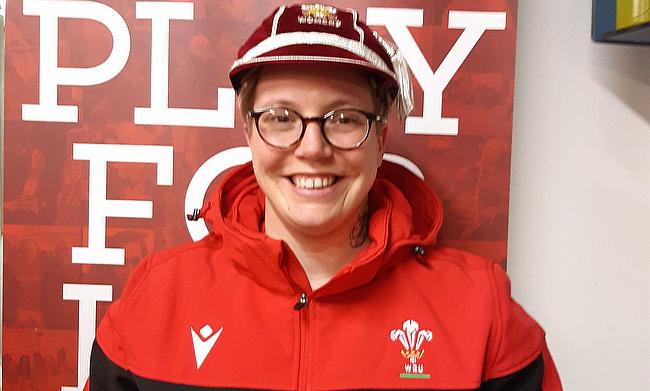 Ireland's Kathryn Dane: “It is even more important now that we ensure the wellbeing of our players”
Exclusive: Jess Breach Q&A - I love being a role model
Picture perfect: Blast from the past can set Wales on road to a bright future
Exclusive: Meet Claudia MacDonald - the versatile England scrum-half advocating for change

When someone earns their first cap for their country, it is the start of a new chapter, but everything that has shaped them along the way to get to that point is very important too.

Every rugby player has a back story and in the case of Wales newbie Donna Rose - who made her debut against France last Saturday in the Women’s Six Nations - it would be fair to say her journey to date has had more highs and lows and twists and turns than your average Netflix ‘must watch’ series.

For starters, Rose is a qualified carpenter and after work, she has been regularly driving from her home in Southampton to London in order to train with her Allianz Premier 15s club, Saracens.

Away from the pitch, she also has to deal with living with Borderline Personality Disorder (BPD).

When you then realise the Welsh international has only been playing at prop for less than two years, it gives you a flavour of just how inspiring the 29-year-old is.

“I have been so excited to be part of the Wales set-up in camps over recent months and then leading up to last week’s game against France, but there have been times where I have struggled to get out of bed or thought to myself ‘I don’t deserve to be in this squad’ - that is what Borderline Personality Disorder can do to you,” Rose, who is an ambassador for Brave Mind, told TRU this week.

“Everyone feels anxious at times, but double it and that is what someone with BPD is feeling like most of the time. It is like Bipolar Disorder except that I have these feelings daily rather than weekly and my emotions can be very high and low and it can all get a bit too much for me at times.

“So for example, on Saturday night when the players who had made their Wales debuts [herself, Megan Davies and Jess Roberts] had family and friends on Zoom to watch the cap presentations, I was buzzing and loving life.

“But then the next morning, I woke up, looked over at my cap and didn’t feel like I deserved to have it and I could not even get out of my bed.

“Those are the daily battles that I have to fight, but I somehow drag myself back up whenever I am feeling down and I want to now use my platform to show others that you can live a good life with BPD. There will be plenty of ups and downs, but there are loads of good things to focus on and work towards.

“Since I opened up about my BPD on social media and was made an ambassador by Brave Mind, a lot of people have got in touch with me to talk about their own experiences while my teammates and coaches at Saracens and with Wales have been great and we have had some honest conversations about life in general.

“I want to share my experience of living with borderline personality disorder to help others and if I can be of use to just one or two people and help guide them through what they are experiencing, then I will see that as a success and I am driven to make a difference.”

Moving to the front-row: “I have the best role model possible in Rocky Clark”

Having grown up in Hampshire, Rose started playing the game for Ellingham & Ringwood Rugby Football Club at under-18s level and in those days, she was a winger.

After school, she went on to play for Trojans Rugby and, having moved into the back-row, became a key part of their senior team.

“I was captain there for five years and made 153 appearances, it is a brilliant club,” Rose said of the Trojans who are based in Eastleigh in her home county.

“Then Saracens called me up in 2019 and said would I like to convert to prop and play for them and when one of the biggest clubs in the country do that, you would be silly to say no.

“In season 2019/20, I started playing development games for them while I have been learning all about playing all across the front-row from coaches and senior players at the club.

“I have the best role model possible in Rocky Clark. She earned 137 caps for England and knows everything there is to know about front-row play and the set-piece. She is a legend.

“Working full-time and then driving the considerable distance to club training with a scrummaging session thrown in on top can sometimes leave me with a few aches and pains, but it is all worth it.”

“Wales under Warren Abrahams have a bright future”

It is fair to say that it was a tough night at the office in Vannes last Saturday for the whole Welsh team as France defeated them 53-0 in their Pool B opener.

Rose started in the game and admitted she learnt a lot scrummaging against a well-drilled French pack, but they now have a chance to bounce back when they host Ireland in their final pool game at Cardiff Arms Park this Saturday.

“France played very well last weekend, but we have a number of new players and a new head coach in Warren Abrahams - under Warren we have a bright future,” Rose, who is also an ambassador for Rugby Against Cancer, states.

“He is a brilliant coach and we are all loving working with him so I would say to people don’t judge us on one performance.

“We cannot wait to play a home game against Ireland this weekend and all of us are working ever so hard to get better and build towards the Rugby World Cup next year in a good place.”

Rose has been named on the bench for the Ireland match and will be keen to make an impact as a replacement.

Find out more about Brave Mind via @BraveMind14 on Twitter

Find out more about Rugby Against Cancer via @CancerRugby on Twitter