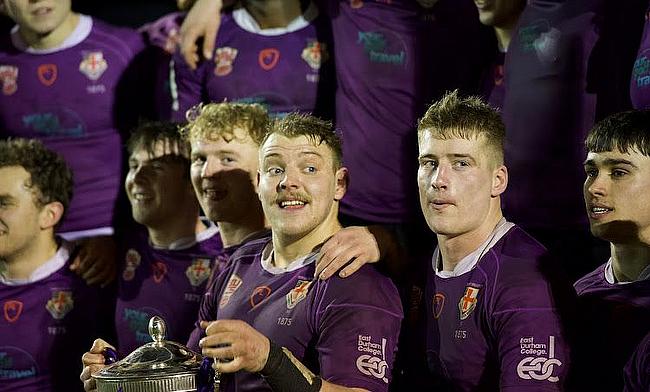 Nottingham enter BUCS Super Rugby play-off on cloud nine after pulsating Vase win
A trip to Cardiff Met - Why the Archers really are a 'popular breeding ground' for future stars
The past, the present and the future - Exeter University is a proven pathway for success
Resilient Banatvala ready to take his rugby to the next level

When Durham University sealed the BUCS Super Rugby league title on March 9th with a thumping 67-7 triumph at Hollow Drift over Northumbria University, there were wild celebrations.

But it says much about the culture that Director of Rugby Alex Keay and this year’s skipper Fred Davies have instilled in their playing squad that only a couple of days later, everyone involved had parked their success and had their mind focused on completing the double.

In the last eight in the BUCS Super Rugby Championship, Durham defeated Swansea University 26-7 on March 23 to progress to the semi-finals where they produced an excellent second-half turnaround to defeat Loughborough University 28-18.

The other last four tie saw Exeter University beat Cardiff Met University 44-33 in another BUCS Super Rugby classic but looking back on the campaign, Durham skipper Davies told TRU: “The intensity that all BUCS Super Rugby matches have been played at this season has been excellent and it means that you have to be on your game every time you turn up to play or teams will get a sniff and will look to turn you over.

“The league season was brilliant and we are very proud of what we achieved, but for everyone involved in this group and especially players like myself who are leaving this summer, we don’t see the job as done yet.

In solidarity with the rugby community & Maddy's friends, family & teammates from @UWEWR, we will hold a minute's applause before the BSR semi-finals tomorrow to celebrate Maddy's life ?? pic.twitter.com/vSF4OGOcMc

“In 2019/20 we won the league before the first lockdown came, but then we couldn’t play the Championship so the chance to complete the double was taken away from us.

“That has really focused the minds of all of us. Good teams keep backing up results and that is what we aim to do."

Bristol-bound: “I am really looking forward to testing myself in that environment”

Of course, when Durham had their success in 2019/20, back-row Fitz Harding caught the eye and went on to earn a contract with Bristol Bears.

He has been doing very well with the Gallagher Premiership club this term after a breakthrough season in the pro ranks in 2020/21 - and now Davies is keen to follow in his pal’s footsteps.

The hooker, 23, will be moving to the Bears this summer having impressed Pat Lam and his coaching team from afar whilst leading Durham during this campaign.

“My aim was always to try and keep my rugby going post-Durham at as high a level as I could and it was great to be able to get my future sorted out quite early during this year [2021/22].

“I managed to spend some time in at Bristol around Christmas and that helped me to get to know the coaches, the boys and the systems there while obviously seeing what my old uni teammate Fitz has done in that environment has given me confidence too.

“I am really looking forward to testing myself in that environment, but as I said, for now, all I am thinking about is helping end my four years at Durham on a high because this has been a brilliant place for me and I have loved every single minute of it.”

Davies mentions he has been at Durham for four years, a three-year Business Administration and Management degree between 2018 and 2021 being followed by this year where he has been working as the Sabbatical Sports Clothing Co-ordinator for Team Durham.

“When the opportunity to take up the post this year came about I was keen to stay at Durham because, with last season being wiped out by the pandemic, I still felt like I had things to achieve here,” the man who grew up in various places abroad before moving to Oakham School in Rutland, said.

“And then when Alex Keay dangled the carrot of the rugby captaincy at me, that sealed the deal and it has been an honour for me to lead this bunch of boys this year.

“Alex knows everything there is to know about university rugby and the complexities of it and he really creates an environment where everyone can get the best out of themselves.

?? Thoughts on the new season
?? Rebuilding a squad
?? A title defence
?? Proud of the pathway@BUCSSuperRugby is back in just over a month ??https://t.co/RAP9NCTtWD

“Whether players want to play Super Rugby or social rugby - our fours and fives won their leagues this year - there is something for everyone here and I have loved being a part of it all.

“As I mentioned earlier, having big crowds at games and the support of the wider university has also made this year special.”

And what would make it even more special for Davies is if can lead out his charges in the Championship final at Sixways Stadium in Worcester in mid-April.