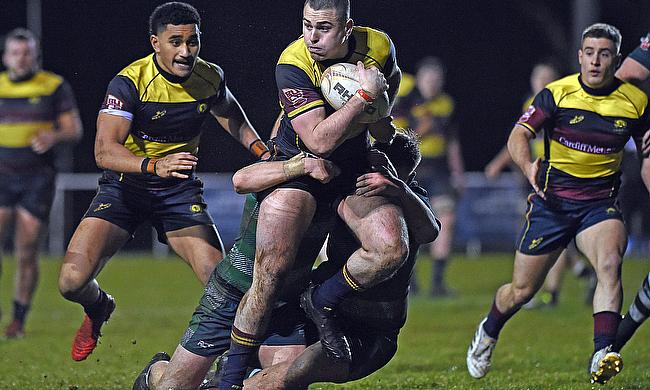 It was nearly four years ago that Alex Dombrandt left the field at Twickenham after losing the BUCS Super Rugby final to Hartpury.

Moving to Wales in order to attend Cardiff Metropolitan University in 2015, by the end of the 2017/18 season, Dombrandt had racked up some impressive numbers, and his try-scoring exploits and his all-court game earned him a move to Harlequins.

The powerful forward also played for Wales U20s during his time living at the Cyncoed campus, but in the months following his departure from the Welsh capital, calls for the back-row to be recognised by England came thick and fast.

In contention for Eddie Jones’ Rugby World Cup squad in 2019, it was clear that the future was bright for Dombrandt. His international debut eventually came in 2021, playing against Canada last summer in a 70-14 victory at Twickenham in front of 10,000 fans.

By that stage, 2021 was already a year to remember. With Harlequins having battled to a Gallagher Premiership final, Dombrandt scored a try against Exeter Chiefs with his former university teammate, Luke Northmore, alongside him.

At the start of this year, Northmore was also recognised by Jones as a potential cap, the centre called up into the England training squad for the Guinness Six Nations. It was in that press conference that Jones uttered the lines that would prompt Cardiff Met to invite the national media to their corner of the rugby landscape:

“He (Northmore) is another one out of Cardiff Metropolitan University. It seems to be a popular breeding ground for Test match rugby players.”

Storm Dudley is buffeting the South Wales coast when my train pulls into Cardiff Central. It is raining sideways, umbrellas blowing inside out, and it shows no signs of letting up. Welcome to Wales.

Arriving at Cyncoed, it was just the wind causing mischief. Earlier in the day at Cardiff Arms Park, Leeds Beckett’s clash with Cardiff University had to be called off as a result of the conditions meaning Kerry Wood's team had to pile back onto the bus that they boarded at 05:30 AM to go back to West Yorkshire.

At Cardiff Met, their South Wales derby with Swansea University was in little doubt, the race for a favourable spot in the BUCS Super Rugby play-offs heating up with each passing round but before the game, those assembled had the chance to see the university that has had praise heaped upon it in recent weeks.

A trip to the Students Union meant picking up coffees before snaffling a couple of Welsh cakes whilst several students are already well on their way to a good evening after their BUCS competitions concluded earlier that day.

Ushered into a lecture theatre, Danny Milton, the university’s Director of Rugby, turns down the lights to tell all about his programme. He is quick to point out that Cardiff Met is by no means the only university pumping out professional rugby players, Loughborough and Hartpury just two that spring to mind, and instead he focuses on the academic experiences players have. 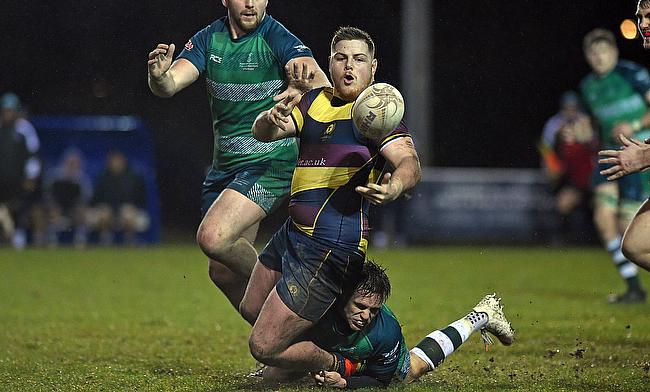 It is outlined to everyone in the room that academia comes first, and it is hard to disagree with that fact, with 79% of graduates from the club achieving a first or 2:1 at the conclusion of the 2019/20 year.

"Some people are right to go straight into that academy but what university does - with those three years and the development you can get, that bigger picture - can really help people if they're good enough," Milton explains.

"The excitement is about Tom [Pearson], Luke and Alex but what about the guys who get 2:1s and become PE teachers or go back to their own rugby clubs, or go to London Welsh or another club? It's about that bigger, wider piece for all our students."

In the days that followed Jones’ initial comments about the university, London Irish’s Tom Pearson was called into England camp, the flanker having graduated from Cardiff Met last summer.

Fingerprints of the institution can also be seen in the Wales U20 side, with loosehead props Rhys Barratt and Joe Cowell in Byron Hayward’s squad, the latter having made his Cardiff Rugby debut in the Champions Cup this season against Toulouse.

Whilst naturally pleased with Jones’ comments about the university, Milton is keen to dispel some of the things that were said. The Australian quipped that rugby teams will be doing their recruitment in the “bars of Cardiff Met”.

Just to use Dombrandt as a case study for a little longer, his transformation was far more significant than perhaps anyone ever realised. The man at the heart of that transformation comes in the guise of Dai Watts.

Over the years, Watts has worn plenty of different hats, coaching with the senior Wales national team in 2008, Wales’ Women and age-grade sides, plus their sevens set-ups. Having worked at the university since 1997, he has seen the facilities change before his eyes.

Walking around the National Indoor Athletics Centre, Watts shows off the state-of-the-art equipment before taking us to one side to watch a slideshow.

In it, he outlined the programme that players have, as well as the colossal efforts he and his staff undertook when Covid-19 shut the United Kingdom down as they dismantled equipment to distribute to students so that they could continue to progress from home.

When it came to answering questions, the topic of Dombrandt came up, as did the words of Paul Gustard who commented on the back-row's appearance during his early days in the Premiership.

"One of the things that got on my nerves was people saying he had a university body, a 'uni rig', but when we had him, he was almost 140kg and we got him down to about 120," Watts said.

"He was squatting 200kg plus with us, sprinting 20m in under three seconds and I could give you a load of figures on him. We actually moved a long way forward with Alex.

"When Alex came in, he was actually a really good cricketer and there was talk of him coming into what was then the MCCU, the Welsh universities squad.

"You could see from the word go he was a player, a good offload game, and he worked tremendously hard, with me and also on the technical side. He's a special player."

It is that ‘uni rig’ narrative that has continued to follow Dombrandt since 2018. Regardless of his achievements at club level, the topic of conversation always comes down to an offhand remark made nearly four years ago.

"Alex did a huge amount of work to get better. I remember walking down Wellfield Road with my wife and seeing him come out of Tesco hiding a load of cream cakes," Milton said.

"He's got a sweet tooth. We get it, he gets it. These boys will go and have a pint if they win and that's an important part of it. Let's not make out that rugby players don't go out at all.

"But you're not getting up four days a week at 6:30am, you're not doing all that analysis to go out on the booze all the time."

On the tour of campus, we are also taken in to meet Brooklyn Hicks-Williams and Richard Andrews, two sports performance analysis students who work closely with the Archers. The duo run us through their responsibilities on gameday, their lecturer, Alun Carter, watching on in the background.

Carter in himself is a Cardiff Met success story, having completed an undergraduate degree in Sport and Human Movement Studies before working for the WRU as their performance analyst from the mid-90s to early noughties, as well as for Worcester Warriors as their team manager for five years.

Is this the fastest camera crew EVER?

It is a timely reminder that the university is an ecosystem if nothing else. For example, Team Manager, Amber Regardsoe, is a PhD candidate researching players’ learning and as part of her work for the team, she has established a number of wellbeing support systems for the players.

“I think times have changed,” Milton said. “I think all the universities have probably suffered from issues with mental health, or more serious things, and coming out of Covid has probably been another thing that has added to this.

“If we are not supporting players in that way and making it okay for them to know that they are being supported, I don’t think we are doing our job properly. It is not just rugby players, it is the wider university body.

Throughout the afternoon, Milton was also quick to pile praise onto the work Joe Towns has done with the establishment of Cardiff Met Sport TV. Broadcasting games live on YouTube, it is another way for players to be seen by clubs.

When kick-off comes around, there is no sign that the weather is letting up. The rain is still sideways, the Cardiff Met ‘Ultras’ undeterred by the conditions, lining the pathway to the field in wait of their team’s appearance, booing any Swansea student that they should catch in their line of vision.

Cans of Carling are held closely to their bodies, a university Wednesday in full flow. From the first whistle, it is clear that the conditions will play their part.

The Archers give away two penalties in the opening minutes, a comment quickly coming from one of the substitutes on the bench in front of me; “what did they say about early discipline again?”

It is a real battle on the first team field, with Met racing into a 17-7 lead at the break. Swansea, of course, have had their recent success stories with Ospreys full-back Max Nagy in attendance, whilst James Hook is on the far touchline coaching the away side. 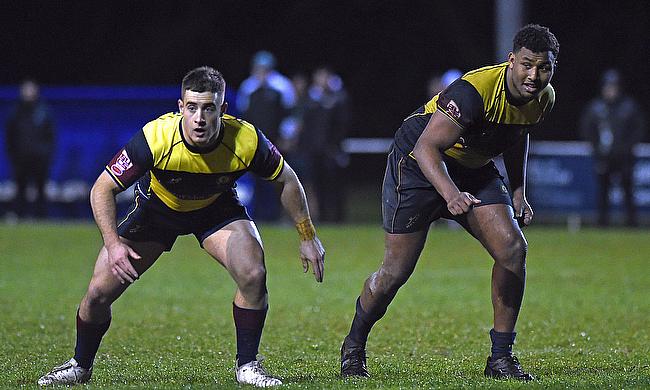 A resurgence for Swansea is launched by a Gwyn Parks drop goal just 15 minutes into the new half, the No.10 using the wind to launch the ball over the uprights. It is a clip that went viral in the hours that followed, that BUCS Super Rugby buzz growing ever louder as a result.

Over the years, it hasn’t just been these fledgling England internationals that have called Cyncoed home. Dragons’ Aaron Wainwright is another recent graduate, whilst in years gone by Alex Cuthbert, Danielle Waterman, Jasmine Joyce and Ken Owens have walked through the same hallways, their ambition having primarily been to pick up a degree before thinking about professional rugby.

Being one of the country’s top 10 rugby playing universities is clearly a point of pride, one driven by Chris Davey, who Milton succeeded as DoR several years ago. Even in losing to Swansea at the end of that 80 minutes, the Archers are still in contention for a home quarter final berth, with just under two months to go until the final at Sixways Stadium.

The BUCS Super Rugby squad is just the tip of the iceberg, with 12 men’s teams run out of the university, as well as numerous women’s sides.

“At Cardiff Met, it is not reflective of one or two (people), it is reflective of a body of volunteers who are prepared to come in and put loads of hours in,” Milton said.

“The analysts get a future career out of it. There is a lovely buzz, certainly at this specific university and I am sure that is replicated at a lot of the other universities. I think probably the introduction of BUCS Super Rugby, with things like the media, the students are all on Instagram and there is a big following so those sorts of things make it all visible.

“Then, you have one or two players, like Seb Negri from Hartpury, and year on year we are being seen as a proper vehicle and Academy Managers from England and Wales are coming to see us.

“They are picking up the phone and want a chat. They want to know who the next guy is going to be coming out.”