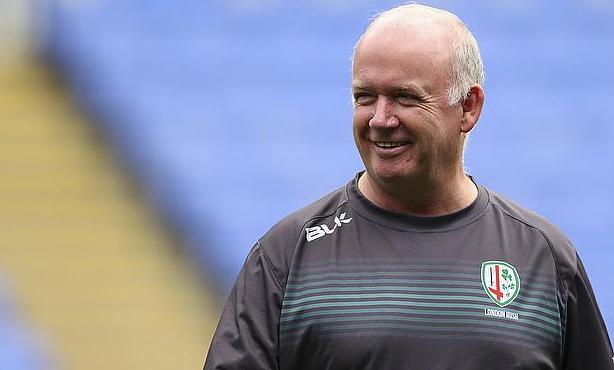 Exclusive: Matt Williams - We are going to do it our own way
Exclusive: Bryan Byrne - We don’t have time to worry about others
Exclusive: Cameron Neild - Every Sale player knows we are pushing hard for home semi-final
One player test positive for Covid-19 in the latest round of Premiership testing

London Irish come into tomorrow's game having lost each of their three matches since Premiership Rugby returned.

Most recently, the Exiles fell short to Leicester Tigers on Wednesday night, but the club’s hopes of a Champions Cup place are still not over as they are just two points off eighth spot, which is now the benchmark for qualification due to revisions as a result of Covid-19.

After three losses, Declan Kidney’s side are understandably looking for an upturn in their fortunes. Much like recent TRU interviewee Matt Williams, the Director of Rugby believes that his side haven’t been too far off achieving better results since they came back to play.

“There is no decent player that I know happy with a sequence of results like that,” Kidney said. “There is a certain degree of frustration that we have let two of those games get away from us. In the Leicester game and the Northampton game, there was opportunities for us to go better.

“We were what 10 minutes into the second half at Northampton, 3-3, playing with a reasonably strong breeze and in the Leicester game, we were probably a bit slow out the blocks. Maybe that was because we had a number of fellas who had played the four days previous, but then they finished very strongly.

“Leicester targeted our match, if you look at the selections. Then, going to Welford Road is always a challenge so it was little things that cost that game. That made that frustrating for that group of players who had played over those three games.

In an exclusive interview with TRU, @Matty13williams discussed his sides' return to play, the future of the club and Monday's game against Saracens??

“If they started those three games, there needs to be a few changes now, so this would be a different type of scenario on Monday and the lads who haven’t had the chance to start yet have a chance to pick up the baton and go with it and that is why we are looking forward to this one.”

Saracens have only stuttered once since the Premiership restarted. Their loss to Bristol on the opening weekend was quickly forgotten a week later with a 38-24 win over Harlequins at Allianz Park which was backed up by Wednesday’s victory over Gloucester.

Of course, Monday’s visitors to Irish’s temporary home have precious little to play for. Already relegated as a result of their salary cap infringements, the side have still been regularly showing the quality they have within their ranks.

What Sarries offer Kidney’s side is the sternest of tests. After three successive losses, it would be understandable if some at the club’s training ground, Hazelwood, would have their heads down. In reality, it is far from the truth, with players keen to get back on track as soon as possible.

“There is no problem getting lads up for matches, that is of very little concern to me,” Kidney said. “Our leadership group are a reasonably new group and they are fast tracking it. That is the one thing that a few results, like what we have had, manage to fast track things and focuses the attentions of our leadership group.

“I can’t speak highly enough of them. They have stepped into the breach and are driving things on really well, because they don’t want to continue like this, because we have a few high achievers in our setup and a few of them are carrying bangs and knocks.

“They are very active and involved in bringing everybody along. So, you would wonder what it is like, but it is actually very good. There is just a willingness and a frustration to make it work now.”