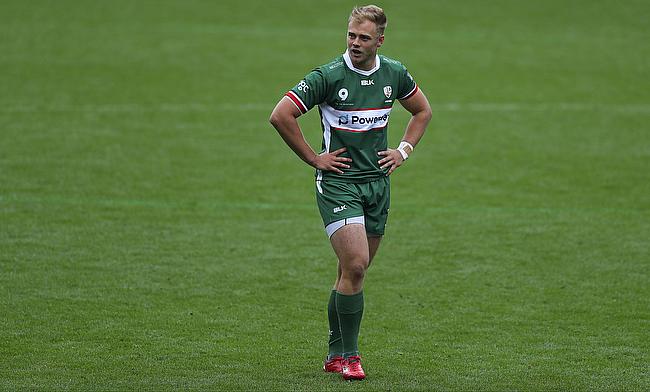 Exclusive: Bryan Byrne - We don’t have time to worry about others
Bristol Bears sign Peter McCabe, Niyi Adeolokun and Keiron Assiratti on short-term deal
Exclusive: Cameron Neild - Every Sale player knows we are pushing hard for home semi-final
One player test positive for Covid-19 in the latest round of Premiership testing

After several years of bouncing between the Championship and the Premiership, London Irish are looking to re-establish themselves in the top tier.

Matt Williams is a product of the Exiles academy and played regularly in each of the club’s last two Championship campaigns. Now, with an array of imports from New Zealand, Australia and Ireland, Irish are looking to become a force in English rugby once more.

“I think over the few years, we have potentially not played at our potential and certainly with the coaching setup we have now and the players that have been brought in, we certainly have the means to reach that potential,” Williams said.

“The mixture of youth and experience in this squad, I really think combines with the coaching setup that Les Kiss, Brad Davis and Dec (Kidney) have brought in. We can go on and achieve things that we really want to.”

For many years, the London Irish academy has been heralded as one of the best in the country. Williams is one of many players to have graduated from the programme into the first team, progressing through the club’s system with the likes of Ben Loader, Tom Parton and Rory Brand.

In times gone by, many of the club's academy graduates have moved on to pastures new, but this current crop of youngsters are looking to stay onboard for the adventure. Other clubs have set out with similar intentions, with Williams saying that Irish have their own path to follow.

?? | MATCH REPORT: A determined performance from the Exiles but the Tigers come out on top at Welford Road.

“Declan (Kidney) has made it quite clear that he thinks, and he wants, to build a team around academy and homegrown players,” Williams said. “There is a good band of them now, who are all at the club, want to do well and have been playing together for ages.

“I think that blend of youngsters who want to stay at the club and have played together a long time, mixed with the senior lads who have the experience, can really make a good team.

“We are not trying to mould ourselves on any other club. We are going to do it our own way, but certainly, there is a plan here and I think you are seeing the first stages of that plan, led by Declan. Now, to be honest, it is down to the players and us young lads, as we come up, to take over this team and to push it on to bigger and better things.”

Since returning to play following lockdown, Irish’s fortunes haven’t been the best. Losing to Bath, Northampton and Leicester in the last three rounds of fixtures, Williams is under no illusions that his team's return to play has been far from perfect.

Starting against Northampton and used as a substitute against Bath, the club’s next challenge comes in the form of Saracens this Bank Holiday Monday. Believing that Irish are not too far from getting things right on the field with them being just two points shy of a top eight slot that will guarantee Champions Cup rugby for next season, it is still all to play for in the young centre’s mind.

“Back after lockdown, we were looking to restart the campaign strongly and unfortunately, the results haven’t gone our way,” Williams said. “Week to week we have seen improvements, certainly in areas that we have been focusing on. I don’t think we have been far away from getting the result we have been looking for.

“That (a top eight finish) would be a great start on our return to the Premiership and it is something we are definitely pushing for. It is going to be a really big step for the club next year when we move to Brentford.

“It will be the top location in London for Premiership rugby and we’re a win off that top eight. So, it is something that we are definitely targeting. We do take every game one at a time and if we do that, then the top eight will look after itself.”

With Monday’s opponents already relegated, that does not mean that Irish are in for an easy ride. This season alone, Saracens have picked up 11 wins, even more than second placed Bristol. As a result, the game will be a challenge for Matt Williams and his teammates at the Stoop.

“There is no denying that regardless of their position in the league and what is happening for them next year, they are a top quality team,” Williams said. “They have shown that over the last five, 10 years, so we know it is going to be a challenge at the weekend.

“It is one we’re ready for and we are going to throw everything at it, so we are very excited for that. We know what they bring and hopefully we will implement what we have focused on in training at the weekend.”