Concussion accounts for most reported injury in Premiership Rugby 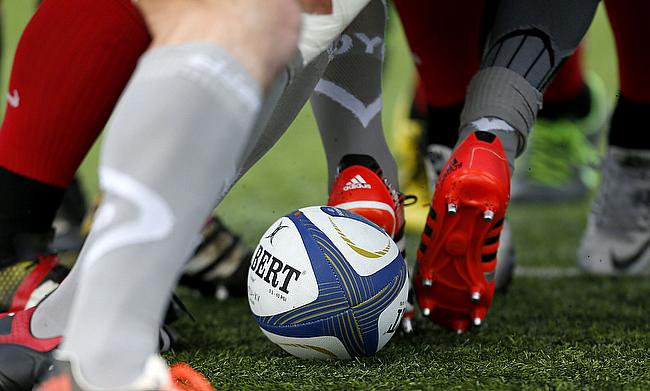 Concussion is the most common Premiership rugby injury, a report has claimed
©PA

A new report issued on Wednesday indicated that concussion accounts for 25 per cent of the injuries reported in Premiership Rugby.

The study further went on to add that among the head injuries reported, nearly 20 per cent of it has involved ball carrier while 47 per cent of it are related to tacklers.

An independent review conducted by the Concussion Management Review Group on George North's recent head injury after he was knocked on during Aviva Premiership encounter against Leicester stated that the Wales international should not have been allowed to return to the field following the injury.

Former Wales international Jonathan Thomas was forced to retire from professional rugby after he was diagnosed with epilepsy which on further investigation was thought to be as a result of multiple head traumas, which had led to a degree of brain injury.

"The continued rise in the number of reported concussions in the professional game continues to be an area of priority focus for everyone involved in the game," Simon Kemp, Rugby Football Union chief medical officer said.

"Medical staff are all working extremely hard to ensure that we are identifying and managing this complex injury well.

"We all want players who are subsequently diagnosed with concussion to be removed from the field of play at the time of injury and recognise that this approach is likely to see an increase in the number of reported concussions. While we continue to 'recognise and remove', our focus must now be on concussion prevention.

"We know that the tackle is where the overwhelming majority of concussions occur and welcome the recent initiatives around zero tolerance to contact with the head from World Rugby."

Head of Rugby Operations at Premiership Rugby Corin Palmer insisted that the board is closely working with Rugby Football Union and the Rugby Player's Association to address the issue.

"The focus on concussion from everyone in the game shows the cultural change, resulting from Premiership Rugby's work with the RFU [Rugby Football Union] and the RPA [Rugby Players' Association] to increase awareness and education about the seriousness of concussion, has come into effect in every area of the professional game.

"This is reflected in the increase in reported concussions and the excellent compliance with the concussion return to play guidelines from all of our clubs."