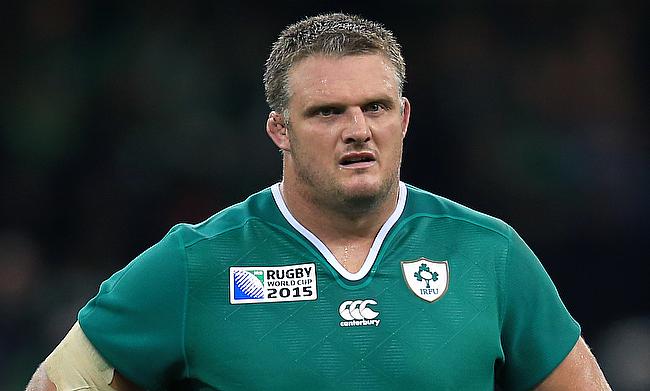 Ireland prop Nathan White has announced his decision to retire from professional rugby with immediate effect following a concussion.

The 35-year-old suffered the head injury while representing his club Connacht in the Pro12 clash against Leinster last season. It was in August 2015, White made his debut for Ireland after qualified based on residency grounds and has played 13 Tests with his last appearance coming in March against Scotland.

His debut with Connacht came in 2012 and has played 58 games with the Galway based cub and has also played for Chiefs, Waikato and Leinster previously.

Disappointed on ending his career with injury, White said he is now looking forward to the new phase in his life.

"While it's disappointing to finish up this way and not on my own terms, I feel that I can look back at my rugby career with a lot of pride," White said.

"I am retiring at 35 years of age, and with so many great memories from my time playing in both New Zealand and Ireland.

"I am not sure what exactly the future holds, but I know I am really excited about it. I've loved my time as a player, but feel I am ready to move on now and challenge myself in other ways."

Meanwhile, Connacht chief executive Willie Ruane lauded White for his contributions and further admitted that the club will miss his expertise.

"Nathan has been a very important part of the team and organisation over the last number of years.

"He has contributed a great deal to the culture here and has inspired so many young players with his leadership on and off the pitch.

"He will, of course, be sorely missed at Connacht Rugby, but he can be proud of what he has achieved both here and with Ireland."