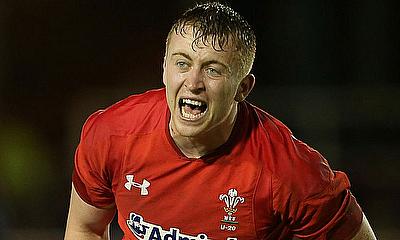 Leicester Tigers flanker Tommy Reffell has been named the Premiership Rugby Cup Player of the season after a public vote.

Reffell was named in the shortlist following his performance in the Round 3 clash against Bath Rugby and has put in an impressive shift in defence, making 18 tackles – a tally only five players could better across Round Three – and winning a round-high three turnovers for his side.

“I am surprised to have won,” he said. “There are a lot of very talented players on that list, a lot that I played against in the tournament, and to get the award is special.

“With the season being the way it was this year, the Premiership Rugby Cup was a big chunk at the start that gave me the confidence coming into the senior environment.

Capon of Bristol Bears and Northampton's Dingwall finished second and third respectively in the fan voting.