Another concussion could end my career - Dylan Hartley 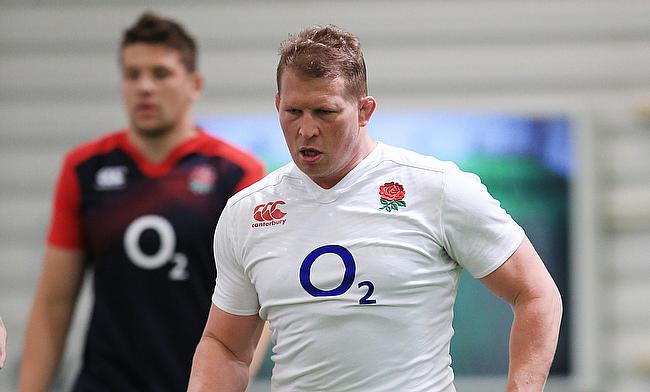 England captain Dylan Hartley admitted that another blow to his head might put an end to his rugby career.

Hartley, who will be leading England against Wales on Sunday was knocked-out during the Grand Slam victory against France in Six Nations by prop Uini Atonio keeping the 30-year-old in the sidelines for almost two months.

Hartley returned to action for his Aviva Premiership club Northampton Saints in their final game of the season against Gloucester on 7th May and was retained as the captain for England’s game against Wales and the Australian tour in June.

Despite returning to full fitness, Hartley believes another concussion injury will keep him on the sidelines for a long period which might also end his career prematurely.

"If I got another lay-off now, I'd be worried. I'd probably start looking at other careers or maybe a long lay-off. Maybe I'll look at my tackling technique too!" Hartley said.

"I'd have to ask a specialist. Three in one season would warrant a bit of time off and I would probably take that anyway - take a step back and have a minute.

"It's not something I fear, it's something you deal with when it happens. I won't go into the Wales game worrying about it. I feel confident in my head and have tested it out a few times."

Speaking about the rehabilitation period, the England international said it was frustrating not to train and not involve in much of physical activity.

However, Hartley said the Premiership game against Gloucester helped him regain some confidence ahead of a crucial season for England.

"Basically all I did was mill about. I felt a bit useless, a spare part. And when you stop training you de-condition, you get negative, you feel bad about your body," Hartley said.

"I couldn't run or do anything and spent a lot of time on the couch. It was lethargy, constantly wanting to sleep.

"I'd wake up in the morning, have breakfast and go back to bed, or go into the club to attend a few meetings and then go back to bed. I just didn't have any get up and go.

"It's really weird, I actually went to use my bike at home thinking 'right, it's been a month now and I've done absolutely F-all, I'm going to go and get on my Watt bike'.

"I had no urge to get on the bike. I almost tried forcing myself to get on and I just said 'I can't be bothered', so I went back to lie on the couch and went to sleep.

"There's no lying in your recovery. I had a constant reminder of that every time you see your kid and you think 'if I hit my head again, what's that going to mean?'.

"Then I just turned the corner one week and it was great to get that run-out against Gloucester for a bit of confidence."