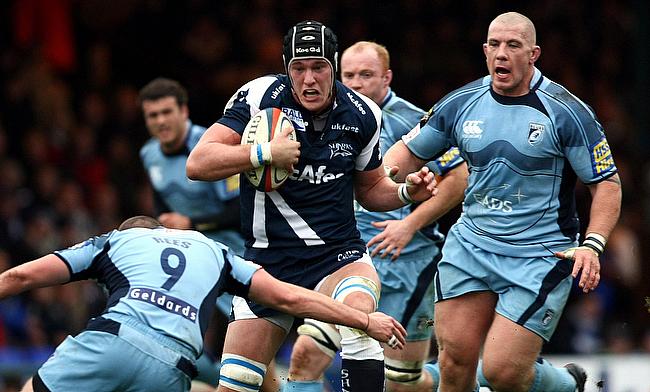 Former England player and Yorkshire Carnegie captain has been pushed into retirement after suffering concussion during a league game against Nottingham last month.

The 35-year-old forward took the decision after getting medical advice from doctors on risks pertaining for him to continue playing.

Jones, who played as a lock and flanker, made his international debut for Red Rose in the 2004 Six Nations Championship and earned a total of 12 international caps.

He switched over to Yorkshire Carnegie in 2014 from Worcester, after a 10-year long stint with Sale Sharks between 2001 and 2011.

In a statement released by the Championship club, Jones expressed his disappointment at his career abruptly coming to an end. He also disclosed having faced a number of side-effects since sustaining the injury which led him to take medical advice on continuing his career.

"It is massively disappointing for me to have to end my career in this way.

"But having spoken with the club's doctors, they have advised me that it would not be safe for me to continue playing.

"Since the Nottingham game, I have experienced a number of side-effects from the concussion, and I am now working with the Industry of Sport in London on treatment.

"This has all been quite sudden and I had agreed a new contract with Yorkshire Carnegie, so I have no immediate plans for a career outside of playing."

Jones led Carnegie's to this season's Championship play-offs, where they succumbed to a defeat against Doncaster.

Carnegie coach Bryan Redpath expressed his regrets at Jones' playing career coming to a sudden halt. He also wished well his once upon a time teammate turned player for his future.

"This is a tough way to end a playing career but head injuries are not to mess about with.

"It has been a great pleasure, firstly playing alongside him to then getting the opportunity to coach him. On behalf of the club we wish him well on new challenges ahead."