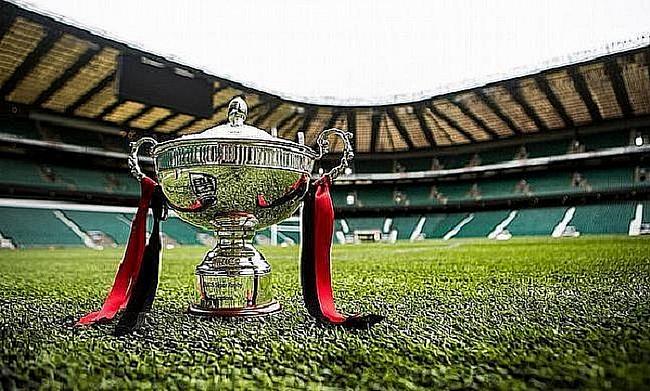 Alun Wyn Davies Column: Cardiff derby has that added spice
Durham and Beckett excel against current champions
Derby day was always a highlight for Dombrandt
Beckett up to third, Hartpury thump Northumbria and Durham bounce back

BUCS Super Rugby table toppers Durham University remain in control of the division after a bonus-point win over Swansea University.

Alex Keay’s charges have now accumulated 10 victories from their 11 matches this term and with title rivals the University of Exeter to come in their final game before the Christmas break, the North-East outfit could strengthen their grip on pole position.

In terms of Exeter, they defeated old foes Hartpury to keep Durham in their vision, but they are still behind second-placed Leeds Beckett after Kerry Wood’s men beat Northumbria University on Friday night.

Elsewhere, Cardiff Met hold the bragging rights in the Welsh capital after a derby triumph over Cardiff Met and Loughborough University’s purple patch of form continued away at the University of Bath.

Below is a full review from BUCS Super Rugby and with many men’s and women’s teams already finished for the festive period, we also look at some of the remaining sides in action.

Durham University hold a seven point advantage at the top of BUCS Super Rugby as they brushed aside Swansea University to claim a 26-7 victory.

Tries from Luke Chadwick and Ben Fowles helped Durham establish a 17-7 half-time advantage and the hosts were able to secure the bonus-point in the second period as Matt Reaney got in on the act to clinch the Palatinate’s 10th win of the campaign.

Kieran Davies opened the scoring for the away side, but Northumbria deservedly took lead through Lucas Titherington and the hosts did hold a 14-10 advantage at the break as Will Lewin's try was cancelled out.

Beckett looked rejuvenated after the interval and after fashioning two good chances, it was third time lucky for Kerry Wood's men as Toby Francis dotted down.

Their grip on the contest tightened just after the hour as Nick Brown went over from close range to secure Beckett's bonus-point.

Oscar Yandall's penalty did set up a tense final 10 minutes at Kingston Park, but Beckett were able to hold on for their fourth straight win.

The University of Exeter ran in five tries to remain in third place as they produced an excellent first half display to beat BUCS Super Rugby holders Hartpury University 38-29.

Will Cutbill made it 24-0 to the home side, but a penalty from Nathan Chamberlain – plus a close ranged score – gave Hartpury a platform to work from in the second period.

Immediately after the break, the visitors touched down and a score from Harry Wilson made it 24-22 on 46 minutes.

Matt Johnson’s try steadied the ship before the hour for Exeter and the domestic champions ultimately wrapped up a vital win when Albert Slade barged over. Hartpury mustered up a response and following intense pressure, plus a yellow card shown to Slade, the away side claimed their fourth score of the afternoon with five minutes remaining.

However, Exeter were able to hold firm to keep Durham in their sights whilst Hartpury sit in sixth spot.

Cardiff Met are back into the top four of BUCS Super Rugby following a tense 24-17 derby victory over Cardiff University at Arms Park.

In one of the standout fixtures on the university rugby calendar, Danny Milton’s side led 17-5 at the break with Zac Clow and George Gladding going over for the Archers.

It was first blood to Cardiff Uni after the interval as Will Thompson dotted down to cut Met’s lead to five points after a period in which both sides were shown yellow-cards.

Heading into the final 10 minutes, Uni were still very much in the contest but Met’s third score of the evening proved to be decisive despite Alan Flowers’ side claiming a losing bonus-point following Greg Ramage’s late effort.

Loughborough University made it five wins in a row as a strong second-half performance guided them to a 43-19 victory against the University of Bath.

The Midlands institution led 12-5 at half-time after tries from Suvwe Obano – brother of Bath prop Beno Obano – and Cameron Boon, whilst Tom Rowland replied for the hosts.

But in the second half, Loughborough opened up their lead and raced to another victory. Obano and Boon crossed again with Nick Rigby and Tom Manz adding the gloss to the result.

Harry Sturge and Ed Rimmer both dotted down in the final three minutes for Bath, but their tough season continued at the STV.

There was more joy for Loughborough in Men’s Premier 1 – North as their 2nd XV ended the University of Leeds’ three game winning run following a 35-18 triumph. The Midlands side remain bottom of the table, but they are only two points behind Leeds after a crucial victory.

Hartpury 2nds have taken control of Premier 1 – South after a 37-26 win over rivals Exeter 2nds. The Gloucestershire club are now eight points clear of their old foes heading into 2020 whilst the University of Bristol are also the same margin off the top after thrashing St Mary’s University 51-21. Elsewhere, Cardiff 2nds were beaten by bottom of the table Bath 2nds 28-7, who are now four points from safety.

Leeds Beckett 2nds have been knocked off top spot in Premier 2 – North heading into the Christmas break as Manchester Met beat the University of Sheffield 23-12 at Platt Lane. Rob Jones’ side are now two points clear of Beckett whilst elsewhere in the division, Bishop Burton College moved up to fourth spot with a convincing 53-14 win over the University of Manchester.

In the south, Exeter 3rds have moved two points clear of Hartpury 3rds after hammering the University of Brighton 57-7. Meanwhile, Reading University drew 17-17 with the University of Portsmouth to conclude the calendar year in fourth place.