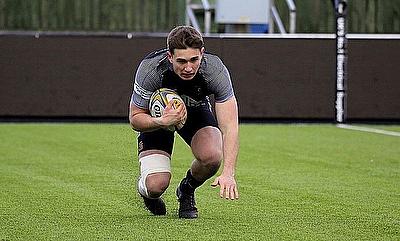 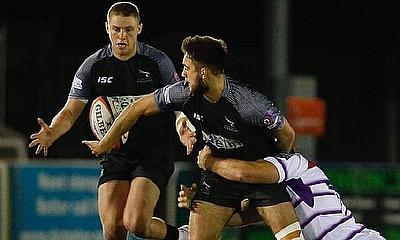 Ben Stevenson and Charlie Wilson reflected on Durham University’s impressive start to the season and the latter admitted: “No-one is getting carried away.”

The North-East outfit are currently top of BUCS Super Rugby after three consecutive victories to begin the new term.

Durham finished eighth in 2017/18 after picking up just four wins all season, but the men in purple have made a 100 per start to this campaign.

“It is quite a big development from last year and I think a lot of it is down to the attitude of the boys,” said winger Stevenson.

“Everyone has really bought in this year and putting all that extra effort in makes those marginal gains ours.”

Wilson added: “We have won three games, but no-one is getting carried away. We are taking each game every week and making sure we prepare right.”

Both Stevenson and Wilson are currently combining their studies, as well as rugby for the university, with contracts at Gallagher Premiership side Newcastle Falcons.

Stevenson signed for their senior academy in 2016 and made his debut against Saracens in the Anglo Welsh-Cup in the same year while centre Wilson claimed his first appearance for the Falcons against Wasps 12 months later.

Durham have a history of helping players progress in the game with former captain Josh Beaumont now at Sale Sharks, but in terms of Newcastle, current stars Simon Hammersley and Adam Brocklebank both graduated from the North-East institution.

“That pathway is really important, more so each year,” said Wilson, who is also a former England U18 international. “As BUCS gets bigger and a lot more competitive, it will be a way to get playing time under your belt while playing rugby with the senior academy.

“Hopefully, when you come out the other side, you can break into that first team after university and that is the aim for us. The standard is really high and it is a great opportunity to get some quality minutes and keep developing.”

Having both played their part in Durham’s excellent start to the season, another tough test for the North-East side awaits this week as they take on current BUCS Super Rugby champions Hartpury on Wednesday.

The Gloucestershire outfit currently occupy third spot in the table and they sit just two points behind Durham heading into this clash.

Durham are the only unbeaten side in the division, but they have failed to beat Hartpury in the last six meetings between the teams.

However, both Stevenson and Wilson are purely focused on Durham rather than their opposition.

“We are trying to treat every team the same and do our thing,” Stevenson added. “But when you know they won last year, it would be a great victory for us if we manage to do that.

“Look, we didn’t play bad rugby last year. We just made mistakes at the wrong times.

“I think the preparation ever since the end of last season has all been about positivity and playing that brand of rugby that allows us to make sure we make more sensible decisions. We have been a bit smarter and from that, we have been able to kick on.”

Wilson concluded: “We are pretty much focused on improving our game. Whether it’s Hartpury or Exeter etc, we have to be switched on because there are no easy games in this league. It is about working on ourselves rather than worrying about others and hopefully that will help us this year.”